MDC top official and ex-finance minister Tendai Biti has both been convicted and sentenced to six months for unlawfully announcing results of last July’s elections.

He will however not go to prison after presiding magistrate Gloria Takundwa wholly suspended the jail sentence for five years on condition he did not commit a similar offence within the period.

Biti was facing two counts of contravening the Electoral Act and was convicted for both offences.

He was being accused of unlawfully announcing results of the highly disputed election when the Zimbabwe Electoral Commission (ZEC) was still to give the official outcome.

The firebrand politician and lawyer was also accused of declaring then MDC Alliance presidential candidate Nelson Chamisa, winner of the poll. Chamisa came a close second to President Emmerson Mnangagwa, according to ZEC.

Magistrate Takundwa ruled that the state proved its case beyond reasonable doubt that Biti indeed committed the offences.

“They presented his announcement as authentic and his actions had potential to undermine the official announcement by ZEC,” she said.

She added that the intention of the Act was to prevent such behaviour as exhibited by Biti, that is undermining the authority of ZEC.

In passing sentence, Takundwa treated both counts as one.

Biti was fined $200 or 7 days imprisonment for the first count while in the second count, six months were wholly suspended on condition of good behaviour.

Chamisa was part of the gallery that packed the court room in solidarity with the human rights lawyer. 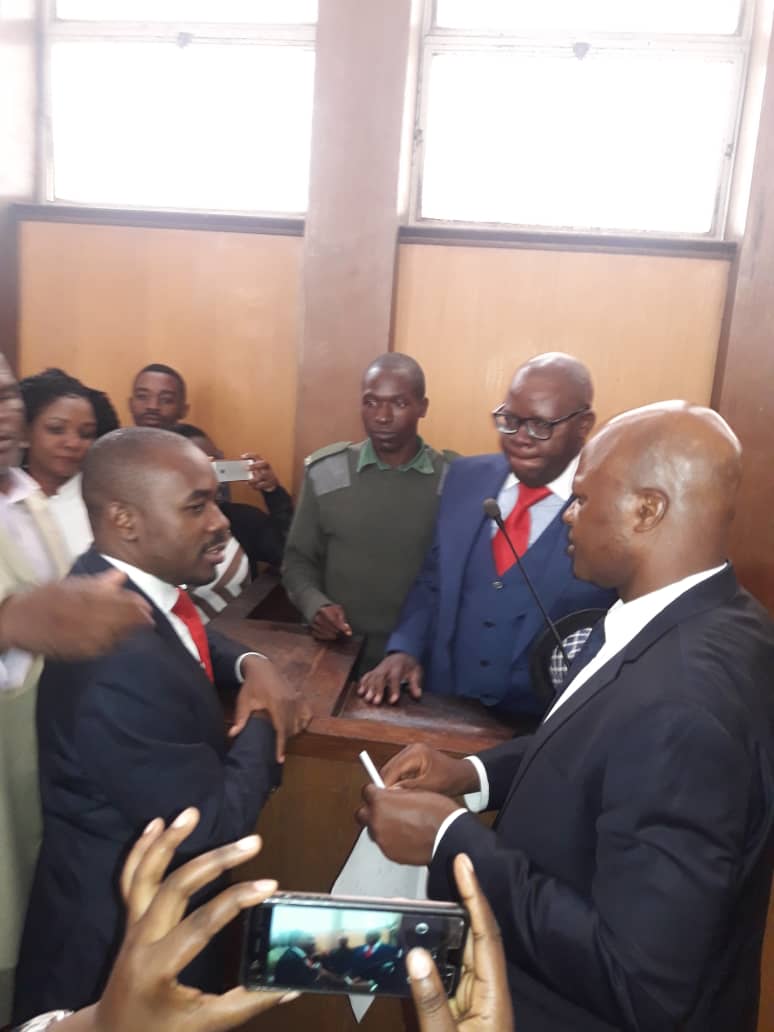