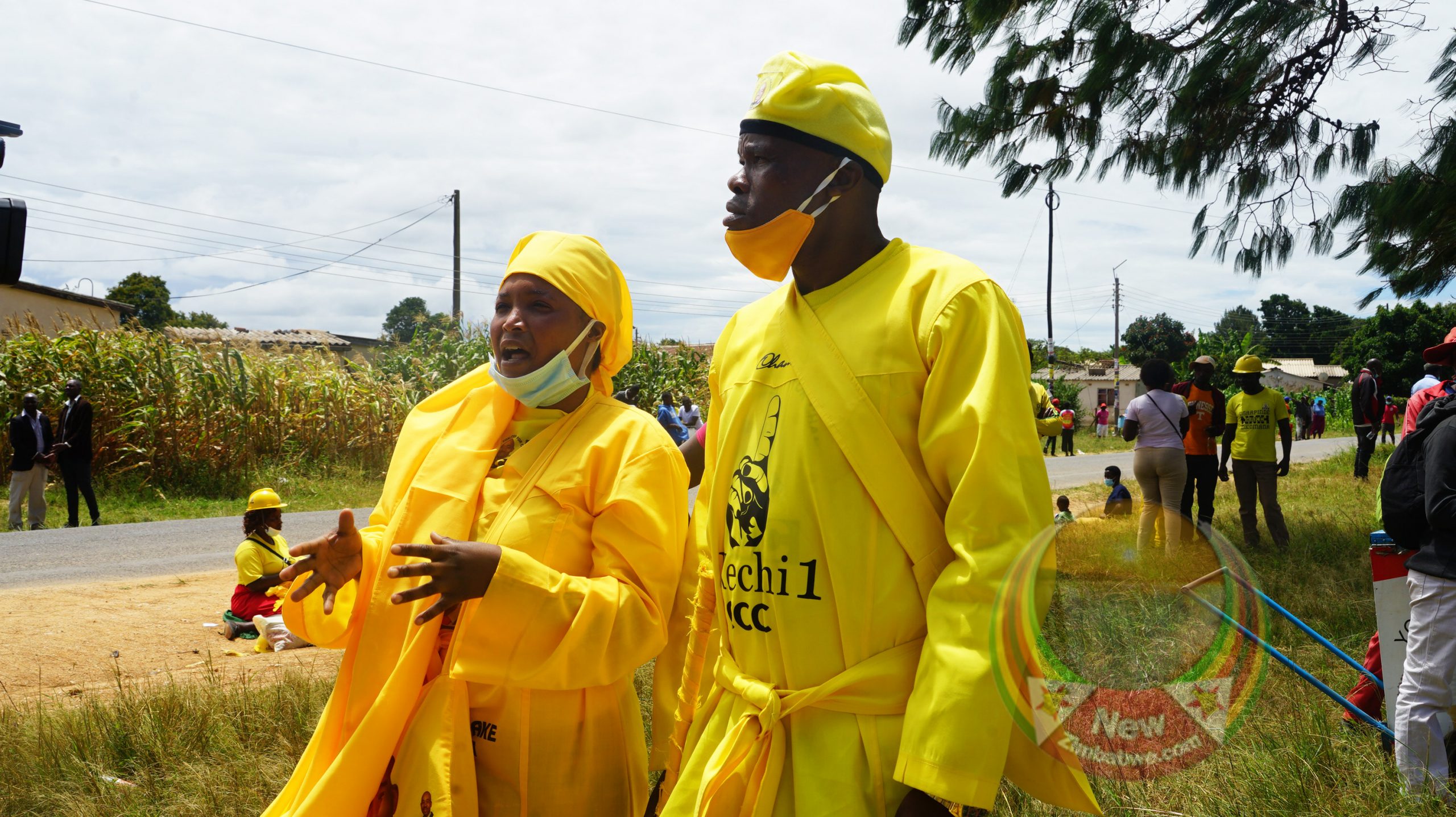 GODFREY Chidhawu Kanembere, the popular Citizens Coalition for Change (CCC) supporter known as Madzibaba for his yellow robes and apostolic like staff at the party’s rallies has been arrested.

He was reportedly arrested for ‘improper dressing’.

The Zimbabwe Lawyers for Human Rights (ZLHR) has indicated that its team of lawyers are trying to gain access to him at Harare Central police station where he is being held.

“At Harare Central Police Station, our lawyers are trying to get access to Madzibaba ve Shanduko arrested in the capital city today,” said ZLHR on Twitter.

Madzibaba has been at every CCC rally since party president Nelson Chamisa embarked on his by-election campaign.