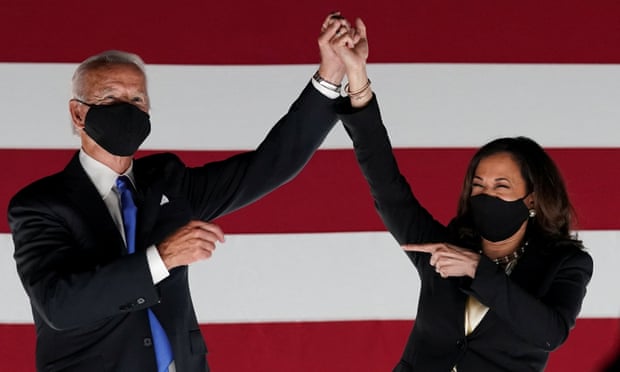 Joe Biden and Kamala Harris in Wilmington
Spread This News

DEMOCRATIC challenger Joe Biden has won the US presidential election.

The BBC projects that he has reached 273 electoral college votes, meaning that he’ll become the president in January, pending the outcome of any legal challenges.

Pennsylvania has just been projected as a win for Biden.

And that’s it, after a long wait, he is now over the threshold of the 270 electoral college votes needed.

By winning Pennsylvania, Biden has won the vote to become the next president, pending any legal challenges.

Our projection of his win in the crucial state gave him 20 electoral college votes, bringing his total to 273 and surpassing the 270 needed to win the election.

Under the US system, voters in each state pick electors, who then gather a few weeks after the election to decide the winner.

Pennsylvania was enough to get Biden over that halfway line. With leads in Georgia, Arizona and Nevada, he may well end up winning far more than needed – taking those three states would give him a total of 306.