This was confirmed Wednesday morning by his co-deputy minister Vangelis Haritatos.

“I received a call in the early hours of this morning with shocking news. It is with a heavy heart that I learnt of the passing on of Air Chief Marshall (RTD) P. Shiri,” the deputy minister wrote on his Facebook page.

“I have worked with Cde. Shiri for almost two years now as his deputy minister. He was an extremely hard worker, dedicated to our Nation, a patriot, and a nationalist. I will truly miss him and promise to continue with his vision of making Zimbabwe the breadbasket of Africa once again. Go well Honourable Minister Shiri.” 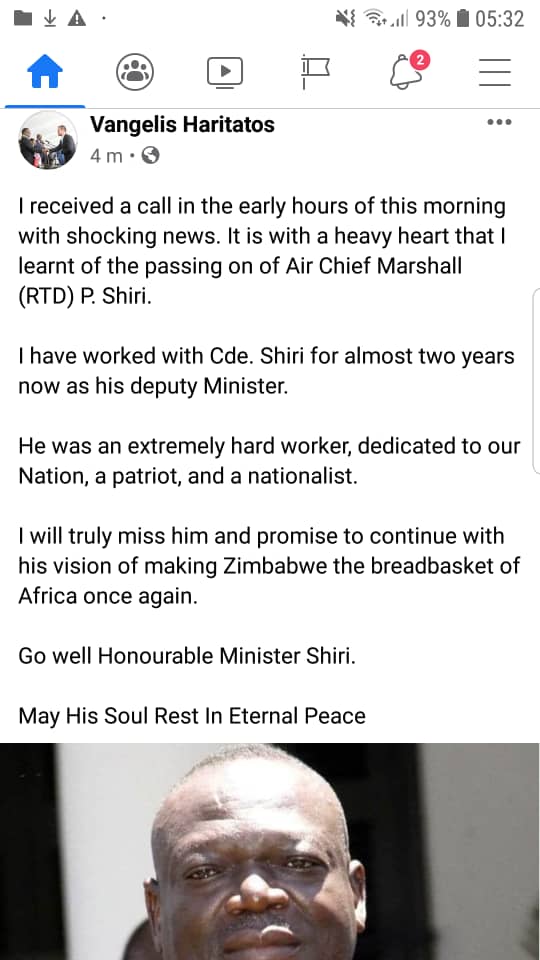 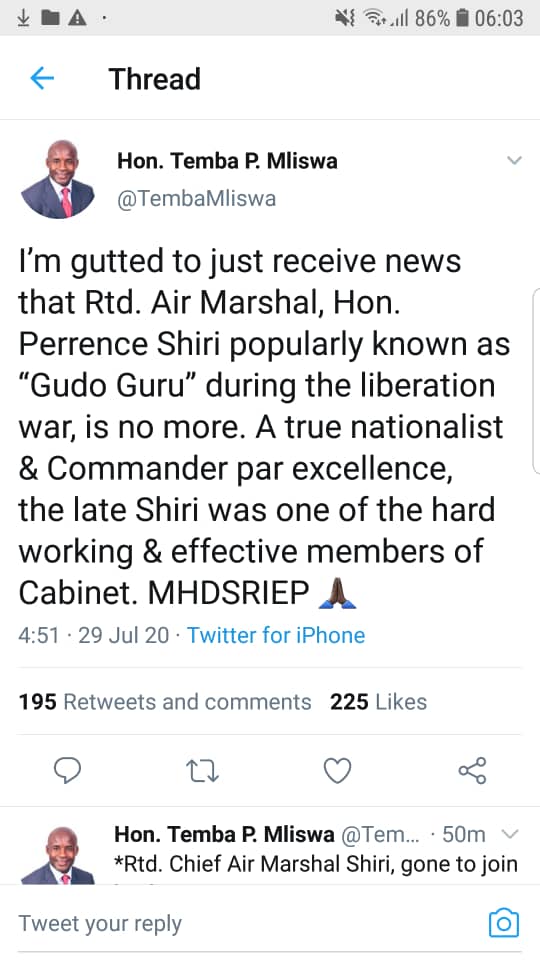