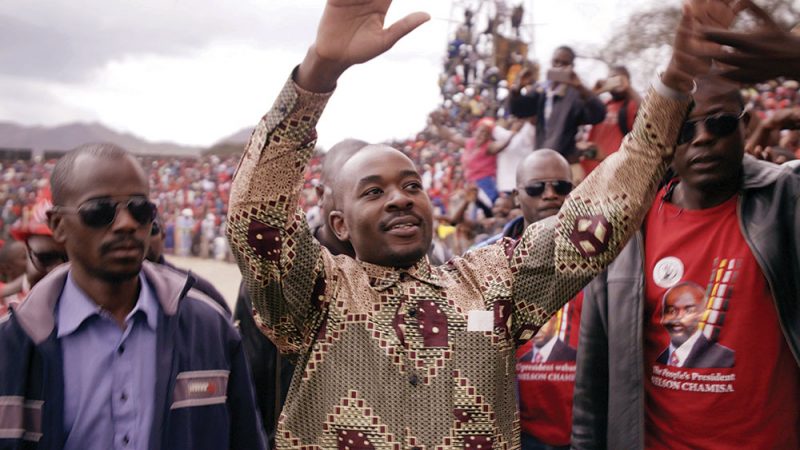 HITHERTO MDC Alliance leader Nelson Chamisa is set to announce the formation of a whole new part at 3pm Friday.

This follows a resolution by the party’s national council at its meeting on Saturday.

His nemesis Douglas Mwonzora has wrestled the MDC nomenclature and its intendent variants.

According to reliable MDC –Alliance sources, the decision to dump the name MDC Alliance was reached Saturday during the party’s national council meeting held in Harare.

The source said for “strategic” reasons, the party’s new name will only be availed during the nomination court on Wednesday.

“It was felt during the meeting the new name should not be revealed before the nomination court. Everybody was afraid that if the name was made public before the nomination court, the party’s enemies might sponsor their people to register the name of the new party with the Zimbabwe Electoral Commission (ZEC) like what has happened to previously suggested names,” said the source.

One of the Alliance’s proposed name, Citizens’ Convergence for Change (CCC) was last year hijacked by a suspected Zanu PF activist Varaidzo Musungo.

Musungo rushed to ZEC to register the name in a move widely seen as a ploy to prevent the MDC Alliance from using the name.

One of the Alliance president professor Welshman Ncube on Saturday also hinted through his twit that the party was intending to do away with the MDC Alliance.

“Behold the new” he twitted.

The party’s spokesperson Fadzai Mahere could not be reached for comment.