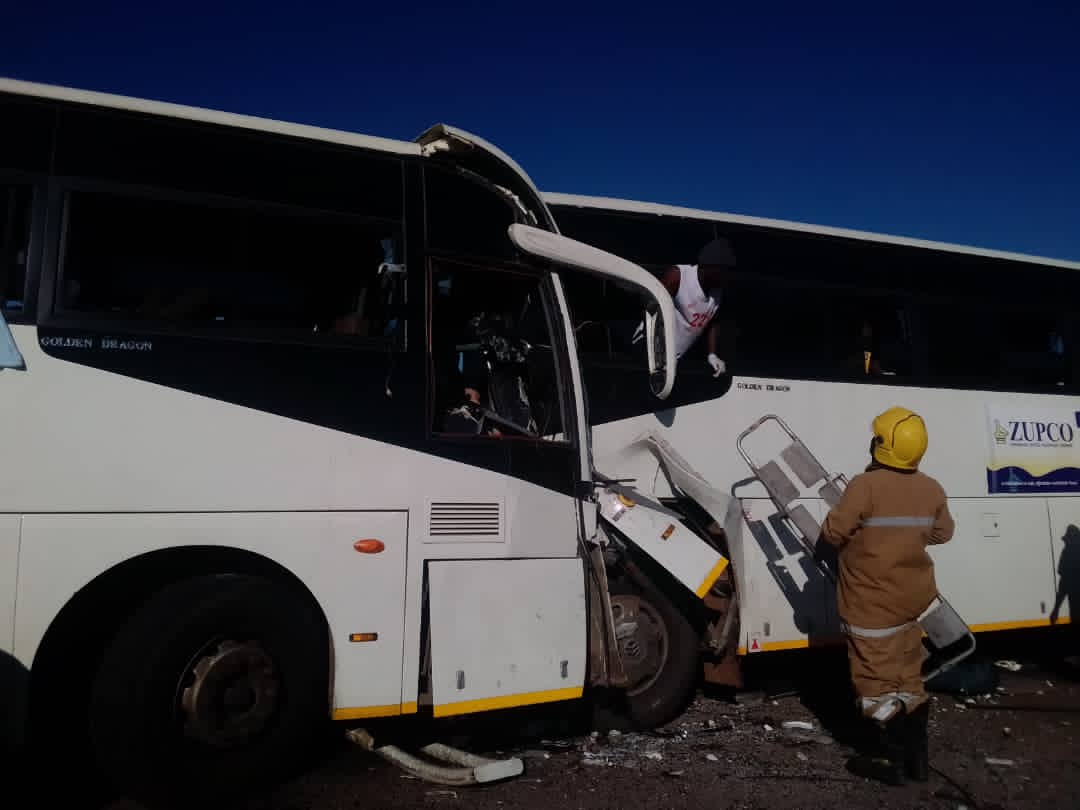 The death toll is expected to rise due to the severity of injuries sustained by most of those injured.

One of the buses was travelling to Banket from Chinhoyi while the other was on its way to Hurungwe from Harare.

“The ZRP confirms a fatal road traffic accident that occurred today May 23, 2022, at 0745 hours at the 101 km peg Harare-Chirundu Road between Banket and Chinhoyi near Dondo River Bridge, where seven people died after two ZUPCO buses collided head-on,” Nyathi said.

“The first ZUPCO bus tried to overtake a haulage truck on its way to Banket whilst the other ZUPCO bus was proceeding in the opposite direction. Both drivers died on the spot and were trapped under the buses while five passengers died and were taken to Chinhoyi Provincial Hospital for post-mortem while 32 passengers sustained serious injuries and are receiving treatment at the same hospital,” he said.

NewZimbabwe.com arrived at the scene minutes after the accident and witnessed rescue efforts as members from the fire brigade, motorists and local villagers worked to retrieve trapped bodies and assist the injured.