Over my dead body...late State President Mugabe declared he would not want to be buried at the national shrine by people who dethroned him
Spread This News

A ZVIMBA traditional leader has ordered the exhumation and reburial of former State President Robert Mugabe at the National Heroes Acre.

This is according to a letter by the defiant traditional leader, which was also shared on social media by the late leader’s one-time spokesperson Jealousy Mawarire.

Mugabe’s widow, Grace last week boycotted a hearing convened by Paramount Chief Zvimba who was accusing the former First Lady of burying her husband in his courtyard against custom in his area. The hearing went on and a ruling was passed in Grace’s absence.

“I give powers to those who are permitted by law to exhume the late Robert Mugabe’s remains from Kutama and rebury them at the National Heroes Acre in Harare,” read the Shona ruling by Chief Zvimba.

The chief ordered Grace to compensate all those who will carry out the duty of exhuming and reburying Mugabe at the national shrine should the ex-First Lady fail to carry out the task herself. 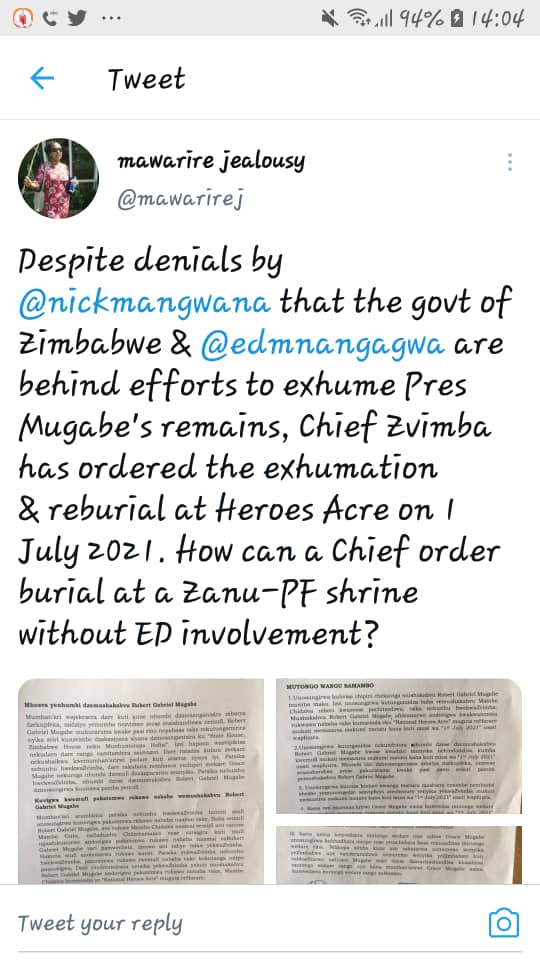 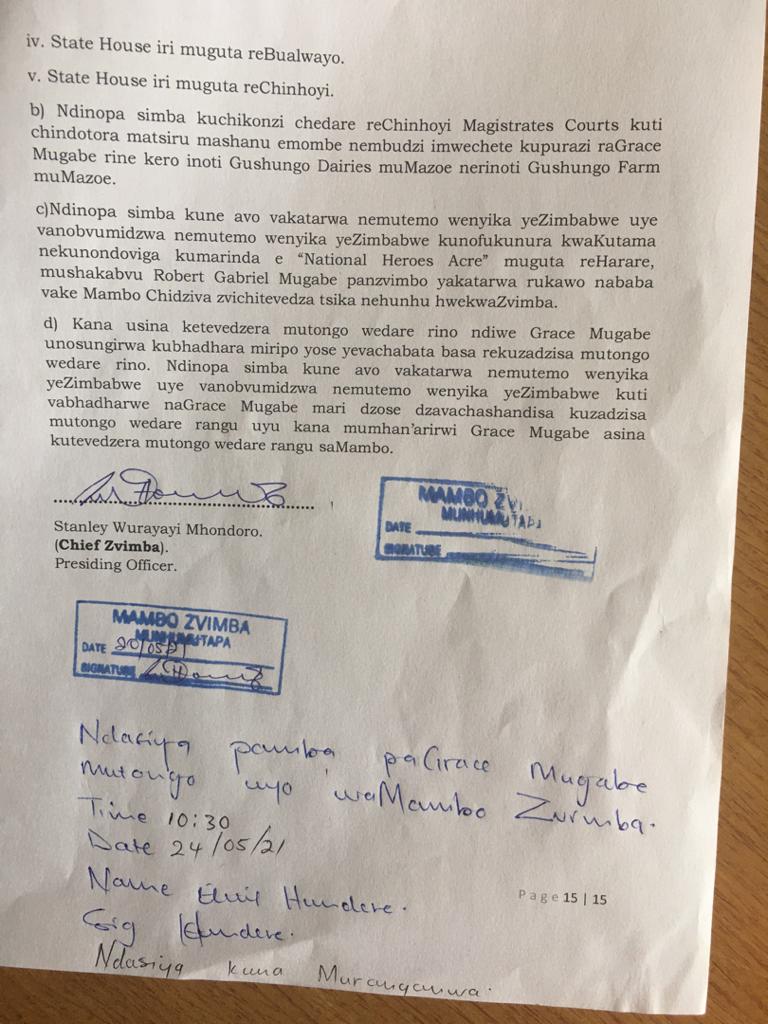 Zimbabwe’s fierce ruler for 37 years until his ouster in a coup 2017, Mugabe was buried at his homestead in Mashonaland West province’s Zvimba district in 2019.

His widow and extended family defied spirited attempts by the Emmerson Mnangagwa led government that dethroned him, to have the founding leader buried at the national shrine where a mausoleum was being build in his honour.