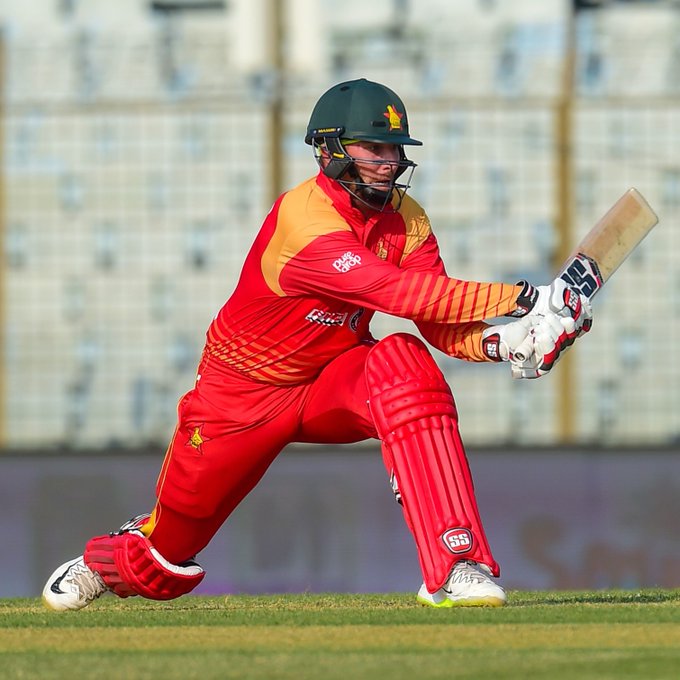 ZIMBABWE cricket team star batsman Brendan Taylor was the player of the match after scoring a brilliant century but his valiant effort was in vain as Zimbabwe suffered a 26-run defeat against Pakistan in the first one-day international (ODI) in Rawalpindi on Friday.

Taylor top scored with 112 runs off 116 balls with the help of 11 fours and three sixes but unfortunately this was not enough to get Zimbabwe over the line.

The veteran Zimbabwe star credited the Pakistan bowlers for putting on a good show which denied his team what would have been a brilliant win towards the end.

Shaheen Afridi was the architect of Pakistan’s victory after claiming five wickets, while Wahab Riaz chipped in with four wickets to stop the visiting side 26 short.

“I just tried to bat deep and build some partnerships which we did but their skill level at the death made it very difficult for us. We were up against four very good seam bowlers, you have to be on your game to come up against them. Unfortunately, we were a little bit shot. Too many of them (centuries) in losing causes, I would like to get the team over once in a while. It’s always good to get a hundred for your country. I gave it everything and came up short.”

Taylor was also full of praise for young Zimbabwe allrounder Wesley Madhevere who also scored a fighting half century as the pair took Zimbabwe to the brink of a famous win until a late fight back from the Pakistan bowlers.

Chasing an imposing target of 282, Zimbabwe lost two early wickets as both the openers – Brian Chari (2) and skipper Chamu Chibhabha (13) – were sent back to the pavilion by Afridi.

Craig Ervine and Brendan Taylor then combined for a 71-run partnership for the third wicket before former departed for 41 runs.

Sean Williams (4) failed to leave his mark on the scoreboard and was sent back to the pavilion by Riaz, reducing the side to 4/115 in 26.4 overs.

Madhevere joined Taylor in the middle and built a 119-run stand for the fifth wicket. The duo helped the side to get past the 200-run mark. Madhevere was dismissed by Riaz in the 46th over.

Madhevere smashed 55 runs including seven fours. After his dismissal, the tourists lost wickets at regular intervals and the team was bundled out at 255 in 49.4 overs.

The Chevrons were reduced from 240/6 to 255/10 in just four overs. The second match will be played at the same venue on Sunday.