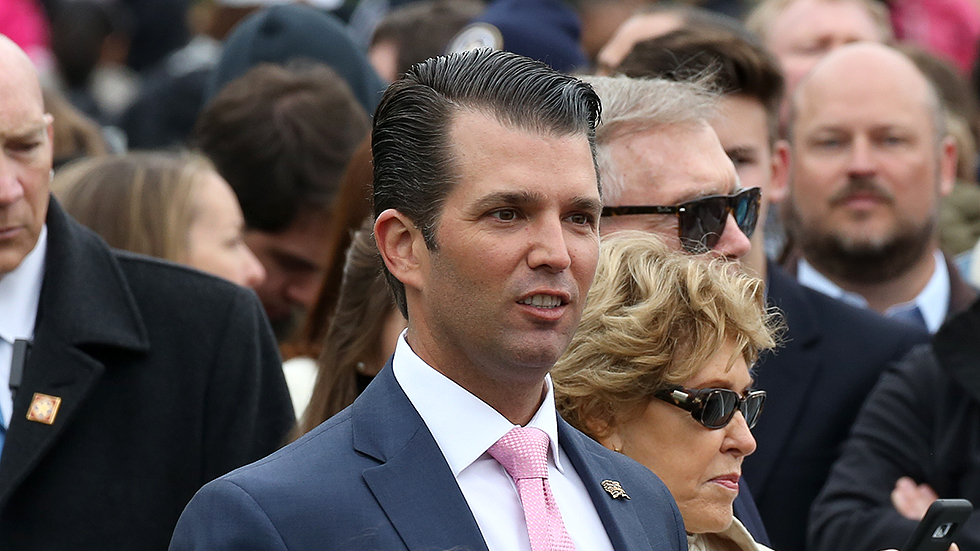 The current deadlock over Brexit and possible delay to the UK’s planned leaving date of 29 March suggests democracy in the UK is “all but dead”, Donald Trump Jr has claimed.

Trump Jr, who is the US president’s son but holds no political position, wrote a column in the Daily Telegraph.

In it, he criticises PM Theresa May for having “ignored advice from my father”.

Trump Jr added that “the will of the people is likely to be ignored” because of “elite” politicians in Brussels.

The US businessman’s intervention in UK politics comes with nine days to go until the UK’s scheduled departure from the EU.

In an interview with Sky News, US National Security Adviser John Bolton said US President Donald Trump wanted a resolution that allowed the US and Britain “to come to trade deals again”.

He added: “He sees huge opportunity if Britain’s status can be resolved.”

May is writing to the EU to formally ask for Brexit to be postponed, and Downing Street has confirmed the prime minister will not be asking for a long delay.

Any delay will then have to be agreed by all 27 EU member states and May is heading to Brussels on Thursday to discuss the matter with fellow leaders.

However, 29 March remains the date the UK leaves the EU unless an extension is agreed before then.

In his editorial piece, Trump Jr – who played a prominent role in his father’s election campaign, said: “May ignored advice from my father, and ultimately, a process that should have taken only a few short months has become a years-long stalemate, leaving the British people in limbo.”
In an interview in July last year, President Trump claimed that Mrs May had ignored his advice by opting for a softer Brexit strategy.
And again last week, President Trump – who is a supporter of Brexit – told reporters that he gave Mrs May “my ideas on how to negotiate it… and I think [it] would have been successful”.
He added: “She didn’t listen to that, and that’s fine. I think it could have been negotiated in a different manner, frankly.”

Trump Jr, who is executive vice-president of the Trump Organisation, added: “Now, the clock has virtually run out and almost all is lost – exactly as the European elites were hoping.

“Some pro-Brexit politicians even suggest that May is trying to sabotage Brexit, by insisting that Parliament agree to a deal that essentially keeps Britain bound to the EU indefinitely.

“With the deadline fast approaching, it appears that democracy in the UK is all but dead.”