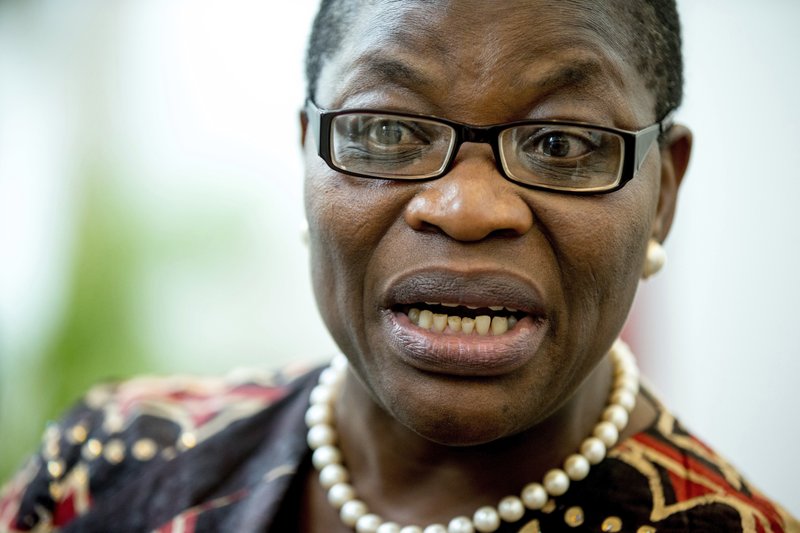 LAGOS: The woman who led the global campaign to free Nigerian schoolgirls kidnapped by Boko Haram extremists is now running for president, saying she is fighting for “the soul” of Africa’s most populous nation.

Oby Ezekwesili is the most prominent woman to seek the presidency in Nigeria, where politics, as in many African nations, have long been dominated by men.

But she is perhaps most well-known for her vocal work in turning the world’s attention to Boko Haram’s Islamic extremist insurgency and its abduction of more than 200 schoolgirls from the community of Chibok in 2014. The #BringBackOurGirls movement, supported by former U.S. first lady Michelle Obama and others, put relentless pressure on Nigeria’s government to free the students.

Police broke up some of the campaign’s protests with violence. Finally, after a breakthrough in negotiations — and, reportedly, millions of dollars paid to Boko Haram — scores of the girls were freed last year.

President Muhammadu Buhari, who promised to fight both Boko Haram and corruption when he took office in 2015, met with the freed schoolgirls while his government claimed a victory.

More than 100 of the Chibok schoolgirls have never returned, however, and a similar mass abduction occurred earlier this year in the community of Dapchi. Almost all of those schoolgirls have been released, but the kidnapping exposed Nigeria’s failure to defeat the extremists despite claims that they have been “crushed.”

Now Ezekwesili is challenging the 75-year-old Buhari on his campaign vows, drawing on personal experience on both fronts ahead of the February 2019 election.

A major challenge is the attitude toward female candidates in Nigeria, where many say women are fit only for the kitchen.

Buhari himself once asserted he had “superior knowledge” over his wife and that she belonged to his kitchen, his living room and the “other room.” He made the comments while standing next to an unimpressed-looking German Chancellor Angela Merkel, one of the world’s most powerful women.

The president, however, lacks the energy of the 55-year-old Ezekwesili as he continues to face questions about his health after extended stays abroad for medical treatment.

Ezekwesili’s quest for the presidency is likely to appeal to Nigeria’s booming youth population who say politics has been dominated by the older generation for too long, and to women who want more female participation in the country’s governance.

“Her coming out to contest for the presidency is a good development, given her records at the World Bank, Transparency International and as a minister (of education). It is time for us to look beyond our gender bias and our patriarchal setup and be progressive,” Betty Abah, a Lagos-based activist for women and children’s rights, told The Associated Press.

As she enters Nigeria’s rough-and-tumble, sometimes violent political scene, Ezekwesili has an uphill fight for financial and other support as she takes on both the incumbent Buhari and a former vice president, who represent the two leading political parties.

The ruling party has yet to comment on Ezekwesili’s decision to challenge Buhari.

She has begun her campaign by promising to tackle Nigeria’s economy. Even though the West African powerhouse is one of Africa’s largest economies and one of the world’s top oil producers, years of mismanagement and corruption have left the majority of people desperately poor.

Nigeria has now surpassed India with the largest number of people living in extreme poverty, according to data by the World Poverty Clock reported earlier this year.

“Instead of progress, our country now appears to be marking time, stagnant or declining on all the most important indices,” Ezekwesili said on Sunday while accepting her party’s nomination as presidential candidate. “The few opportunities available are cornered by a greedy political elite.”

She pointed to her credentials as a former World Bank vice president, saying: “I know what sound economics that creates jobs and produces prosperity looks like. I know what it takes to build a productive and competitive economy.”