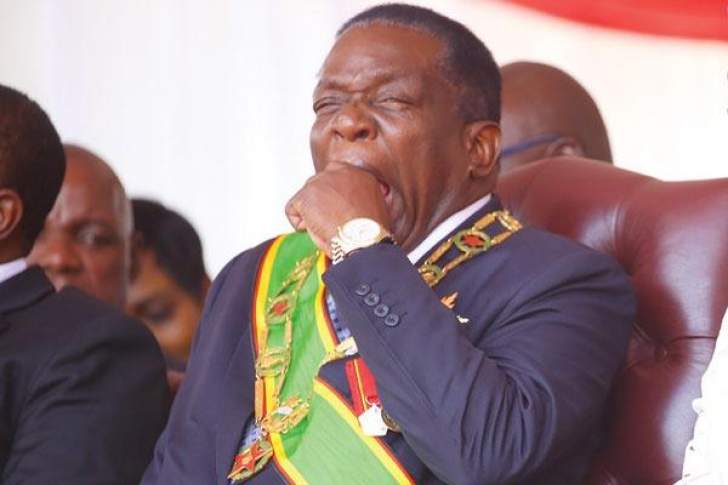 His policies have been a yawner...President Emmerson Mnangagwa
Spread This News

BRITAIN has maintained pressure on the Zanu PF led government to implement much-needed reforms that would enable the country emerge from its deep political and economic hole.

She took the occasion to tell the country’s second in charge Zimbabwe’s failure to implement much desired political and economic reforms was stalling national progress and causing more suffering among citizens.

The British diplomat urged government to fast-track the implementation of reforms for the sake of national development.

Robinson told the media afterwards that Zimbabwe’s economic and political reforms were slow paced as seen by developments in the past two years.

“We had a very good conversation and I had the opportunity to say to the Vice President that the UK wants to see Zimbabwe succeed,” she said.

“We want to see it move towards a more prosperous democratic, peaceful future and for us, it means pursuing the reforms agenda with vigour, both political and economic reforms.

“I did express concern about some of the backward steps in reforms that we have seen in the past two years and we want to see what action he could take on that. We are waiting to see the government’s economic and political reforms complete.”

The Emmerson Mnangagwa led administration was ushered in on the back of a military assisted coup that toppled long serving leader Robert Mugabe November 2017.

Under a new leader, the once pariah State was given another chance to break from its bitter past and pursuit of ruinous policies so it could be readmitted into the greater family of nations.

However, subsequent killings on civilians by the military in two bloody episodes during election and anti-poverty protests August 2018 and January this year dissipated the little benefit of doubt the new Harare administration was beginning to enjoy from outside.

The Zanu PF led administration has also failed to implement key reforms set as a condition to reintegration onto the broader global space that would see the country benefit economically.

Since Mugabe’s ouster, the Zimbabwean economy has hit turbulence with inflation hovering at above 300 percent, according to independent estimates, as goods and services are priced beyond the reach of many.

Government has responded to citizen disgruntlement with brute force and intimidation as witnessed by the killing and maiming of protesters and the recent sacking of public hospital doctors for embarking on a strike over poor wages.