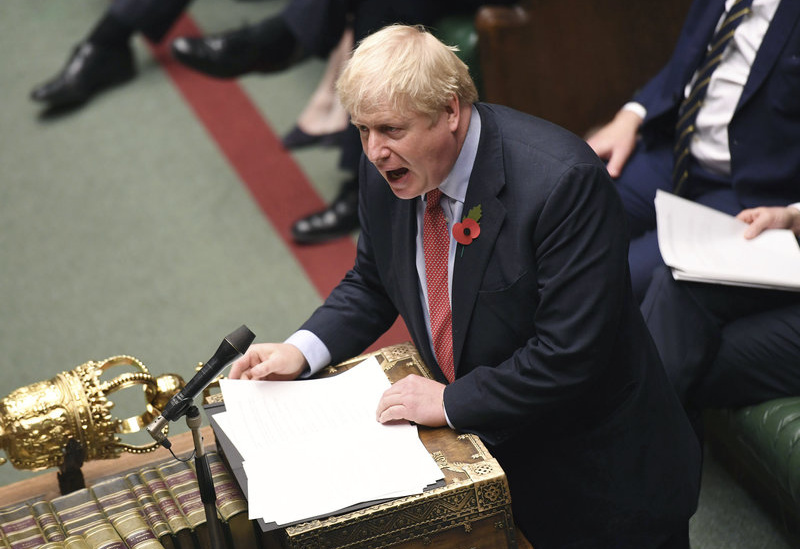 The UK will go to the polls on Thursday for the country’s third general election in less than five years.

After the polls close at 22:00 GMT, counting will begin straight away. Most results are due to be announced in the early hours of Friday morning.

A total of 650 MPs will be chosen under the first-past-the-post system used for general elections, in which the candidate who secures the most votes in each individual constituency is elected.

In 2017, Newcastle Central was the first constituency to declare, announcing its result about an hour after polls closed.

Elections in the UK traditionally take place every four or five years. But, in October, MPs voted for the second snap poll in as many years. It is the first winter election since 1974 and the first to take place in December since 1923.

Anyone aged 18 or over is eligible to vote, as long as they are a British citizen or qualifying citizen of the Commonwealth or Republic of Ireland and have registered to vote. Registration closed on 26 November.

Details about where to vote can be found on the Electoral Commission website and are also listed on polling cards sent to households.

People do not need a polling card to be able to vote but will need to give their name and address at their local polling station. People can only vote for one candidate or their ballot paper will not be counted.

Ahead of the poll, the elections watchdog has reminded voters that taking selfies and other photos inside polling stations is not permitted and may be a breach of the law.

Many people have already put a cross next to the name of their favoured candidate by voting by post – more than seven million people used a postal vote two years ago.

Those who applied for a postal vote but have yet to return it to their Electoral Office must do so by 22:00. Alternatively, they can hand it into their local polling station by the close of polls.

According to the BBC’s weather forecast, Thursday will be a wet day in many parts of the country, with highs of five degrees Celsius in Edinburgh, nine in Cardiff, seven in Belfast and eight in London.