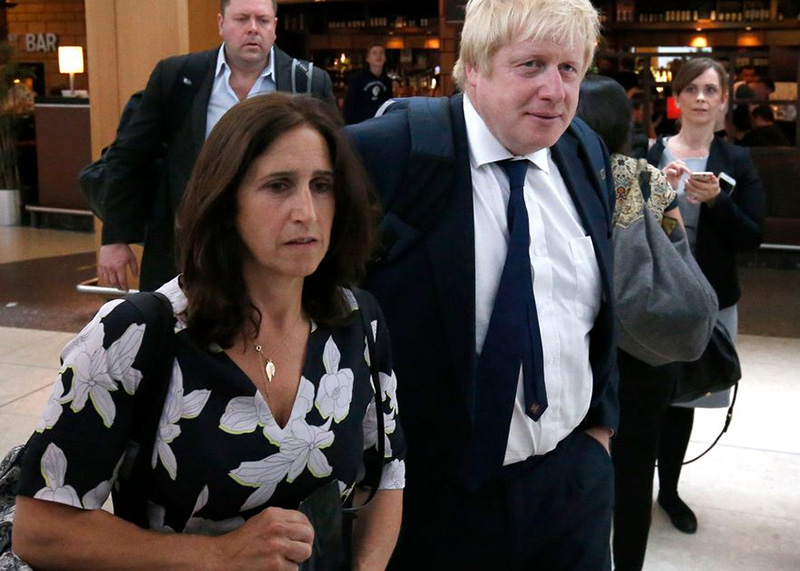 Britain’s former foreign secretary Boris Johnson, who is tipped as a future prime minister, revealed Friday that he has separated from his wife and the couple are getting a divorce.

The 54-year-old, who quit his role in July in opposition to the government’s plan for Brexit, made the announcement after a front-page report in The Sun that the pair had split over his infidelity.

“Several months ago, after 25 years of marriage, we decided it was in our best interests to separate,” the joint statement from Johnson and his wife Marina Wheeler said.

“We have subsequently agreed to divorce and that process is under way.

“As friends we will continue to support our four children in the years ahead. We will not be commenting further.”

Johnson is widely believed to be making moves for the leadership of Prime Minister Theresa May’s Conservative party, which is deeply divided on its approach to Britain’s withdrawal from the EU.

He was a leading figure in the campaign for Brexit ahead of the 2016 EU referendum, and since resigning has repeated his criticism of May’s plan to maintain close economic ties with the bloc.

The Sun tabloid suggested that fresh revelations of Johnson’s infidelity, which he has admitted in the past, could damage his chances of taking power.

However, other commentators suggested they could be a way of “clearing the decks”, publishing all embarrassing material before any leadership bid.

The statement comes just weeks before the Conservative party’s annual conference, when Johnson is expected to make a speech to a large rally.