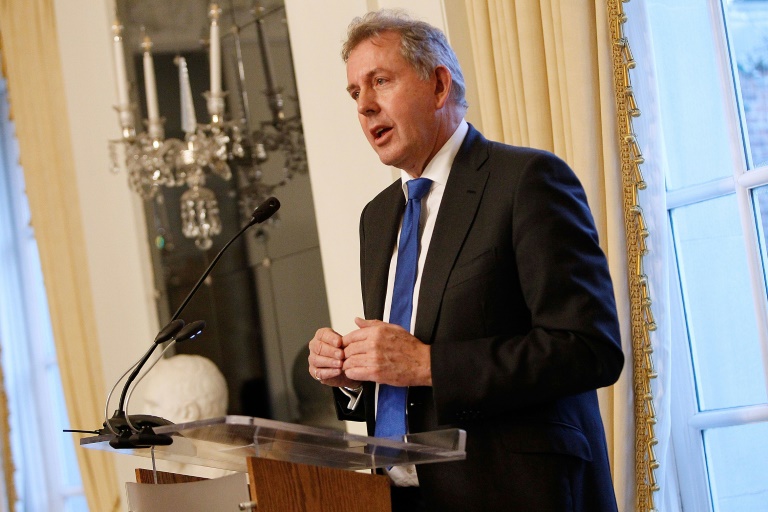 Britain’s ambassador to Washington resigned Wednesday after being targeted by US President Donald Trump following the leak of highly critical diplomatic cables.
Outgoing Prime Minister Theresa May had offered her full support to Kim Darroch after he was revealed to have described the Trump administration as “inept”.

But the man tipped to replace her in Downing Street in the coming weeks, former foreign secretary Boris Johnson, declined to explicitly back the diplomat, emphasising instead the need to maintain strong ties with the US.

In a series of confidential cables revealed by a British newspaper at the weekend, Darroch described the Trump administration as “uniquely dysfunctional”.

Trump hit back with a torrent of angry tweets, saying he would not deal with Darroch again, and describing him as a “very stupid guy” and a “pompous fool”.
He also criticised May’s “foolish” policies and said it was a good thing she would soon be replaced.

Darroch has been in Washington since January 2016 and was due to stay on until the end of the year.

But in a statement he said: “The current situation is making it impossible for me to carry out my role as I would like.”