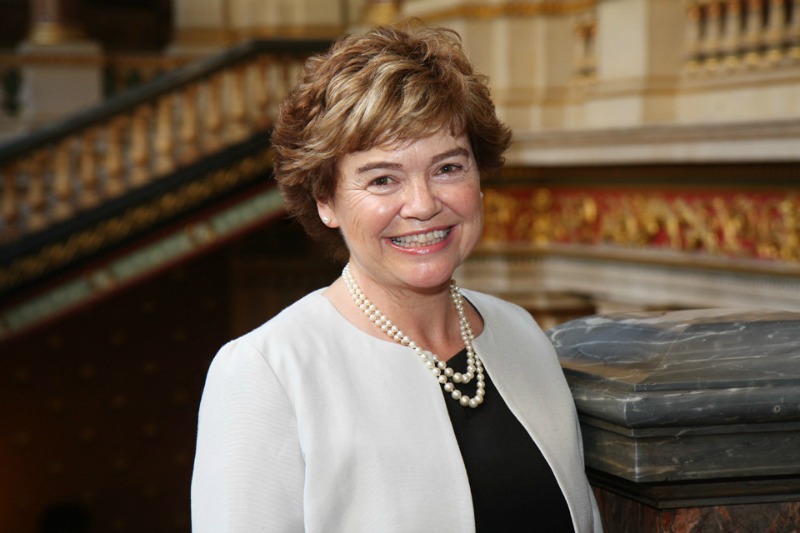 A British diplomat has denied claims that she bribed African authorities in order to adopt a Zimbabwean child, flouting adoption rules.

Laing adopted three-year-old daughter Anya from a children’s home in 2017 when she was acting as British ambassador in Zimbabwe.

The family moved to Nigeria after Laing was appointed British High Commissioner there last year.

Now claims from another Zimbabwean MP have emerged, alleging that Anya’s Zimbabwean family want her back – the country’s social services are investing the claims.

A corruption inquiry is already ongoing surrounding Mupfumira, she faces charges of abuse of office after allegedly siphoning money from the National Social Security Authority in scams totalling £78 million.

Laing’s spokesman told The Sun: ‘These allegations are categorically untrue. All the proper legal processes were followed and no money was paid.’

A source told The Sun that no money had changed hands during the adoption, which took two years to complete as rules were followed so carefully.

In August last year Ms Laing faced criticism after she was said to be ‘cosying up’ with Zimbabwean President Emmerson Mnangagwa by wearing his trademark scarf, bearing the country’s flag, while posing outside Downing Street.

Mnangagwa is rarely seen in public without the scarf and it has become the emblem of his leadership.

An ally of defeated candidate Nelson Chamisa told The Mail on Sunday: ‘Putting lipstick on a crocodile shouldn’t work, but it didn’t stop the ambassador trying.

‘Everyone who has cosied up to this monster should be ashamed after his narrow win. He could have lost if more powerful people had stood up to him.’

Laing dismissed criticism of her scarf as ‘absurd conspiracy theories’. It was a ‘Christmas present from the designer’ and she ‘had it long before anyone else’.