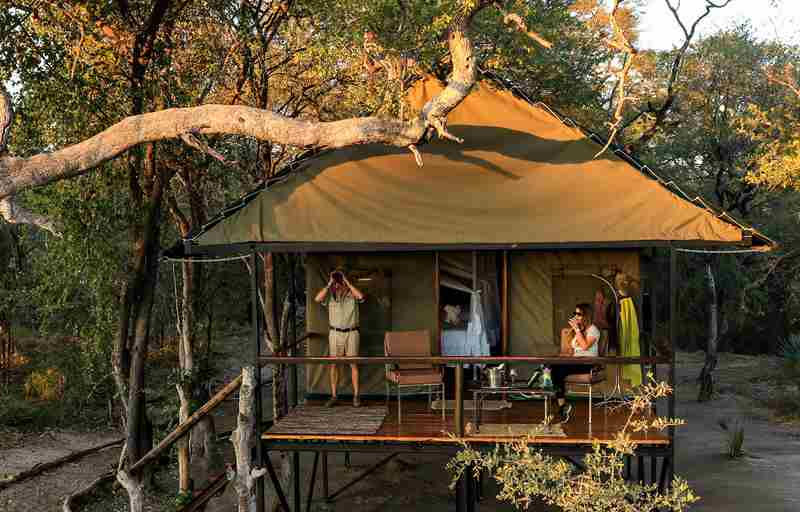 A private lodge on the edge of Hwange National Park is offering RTGS$16 000 to any person with information about two suspected robbers that broke into one of its rooms and stole some goods and cash belonging to a British couple.

The break-in at Hides Safari Camp in Dete happened last Saturday night when the couple, Robert Talbort (67) and wife Andrea Moxham Talbort were asleep in a tent room.

The suspects used a sharp object to cut open the walls of the tent to gain entry and allegedly stole two cannon cameras and two lances, a Sumsung mobile phone handset, a purse containing US$300, a canvas safari bag, sunglasses and make-up bag.

Camp manager Kierra Addison said: “Some people broke into tent 6 and stole cameras, phones, money and bags from our guests who are now very worried. They woke up in the middle of the night and saw two strangers in their tent. Mr Preston (owner of the lodge) is offering a reward of RTGS$16 000 to anyone who provides information that will result in the arrest of thieves and recovery of the stolen items.”

Headman Bitu, in whose area the lodge is located, confirmed that he got a report from the property management on Sunday.

Police confirmed the incident and said no arrest has been made yet.

According to a report made to the police, the couple was on holiday and booked at the Hides Safari Camp.

On the day in question, the couple retired to bed at 10PM and at midnight, Talbort heard some movements in the tent.

He woke up to see two intruders inside the tent.

The thieves fled when Talbort woke up his wife, at the same time he blew a whistle to alert camp security and staff.

The staff and security tracked footprints amid suspicion the thieves later boarded a train at the nearby Malindi Railway Station.