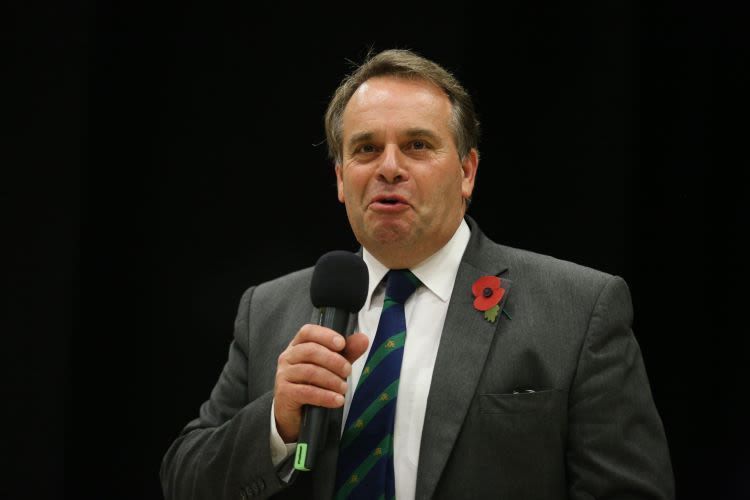 The MP accused of watching pornography in the Commons is Conservative Neil Parish, the chief whip has told Sky News.

A spokesman for the chief whip said: “Having spoken to the chief whip this afternoon, Neil Parish MP is reporting himself to the Parliamentary Commissioner for Standards.

“Mr Parish has been suspended from the Conservative Whip pending the outcome of that investigation.”

Two female Conservative MPs made the allegation against Mr Parish during a meeting of women Tory backbench MPs on Tuesday evening, but the whips office had not publicly named him.

Around 50 to 60 female Tory MPs are said to have been present at the meeting.

Mr Parish is now understood to be the focus of two investigations – one by the parliamentary commissioner Kathryn Stone after he referred himself to her today, and another by the Independent Complaints and Grievances Scheme (ICGS), which one of the female MP witnesses referred him to.

Labour accuse Tories of ‘cover up’

Thangam Debbonaire, Labour’s shadow leader of the House of Commons, said: “The Conservatives knew for days about the disgusting behaviour of one of their MPs and tried to cover it up.

“From the Owen Paterson scandal to their failure to act against their paedophile MP Imran Ahmad Khan, this is a government rotting from the head down. Britain deserves better.”

On Thursday, Boris Johnson addressed the allegation for the first time, saying: “It’s obviously unacceptable for anybody to be doing that kind of thing in the workplace.

“It would be the same for any job up and down the country.

“Clearly that kind of behaviour is totally unacceptable.”

Other cabinet ministers also spoke out against the allegations, with government efficiency minister Jacob Rees-Mogg saying it was “extraordinary and appalling”.

Attorney general Suella Braverman suggested that if the allegations were proven the culprit could be suspended or even expelled from parliament.

WHO IS NEIL PARISH?