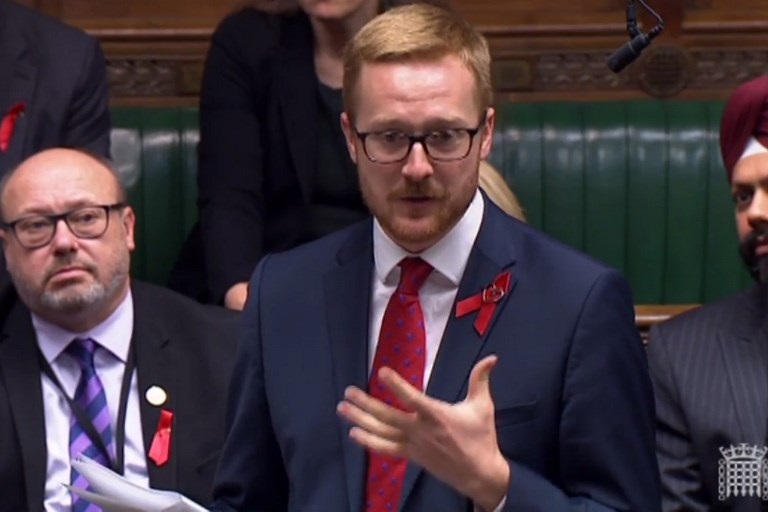 LONDON – In Britain, a lawmaker has revealed he is HIV positive during an emotional speech to Parliament to mark World Aids Day.

The 32-year-old Lloyd Russell-Moyle told his fellow lawmakers that he had been diagnosed with HIV when he was 22.

He said he had decided to speak out to help others seek treatment and fight the stigma surrounding the disease.

“Next year I will be marking an anniversary of my own, 10 years since I became HIV positive. It has been a long journey from the fear of acceptance and today hopefully advocacy, knowing that my treatment keeps me healthy and protects any partner I may have…status does not define them. HIV in this country is no longer the death sentence it once was….tombs of the 1980s,” he said.