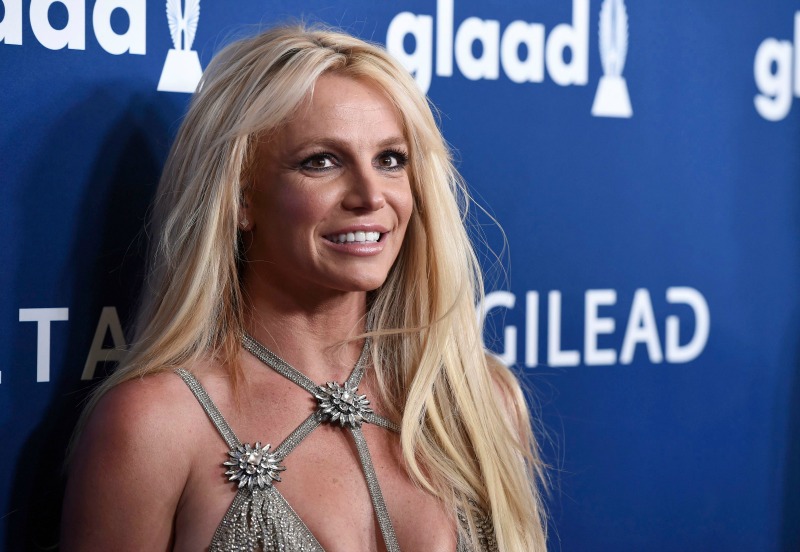 BRITNEY Spears has said she is “taking the time to learn and be a normal person” after a new documentary reopened the debate around her life, career and mental health.

Framing Britney Spears, which aired this week in the US, details the singer’s public breakdown in 2007.

It explores the media treatment of the US pop star and her legal arrangements.

Spears’ career remains on hold while she tries to remove her father Jamie from his role as her conservator.

On Tuesday, she shared a video of her performing one of her hits, Toxic, three years ago, alongside a message to her 27 million followers.

‘The basics of everyday life’

“I’ll always love being on stage,” wrote the 39-year-old. “But I am taking the time to learn and be a normal person. I love simply enjoying the basics of everyday life!”

She added: “Each person has their story and their take on other people’s stories! We all have so many different bright beautiful lives.

“Remember, no matter what we think we know about a person’s life it is nothing compared to the actual person living behind the lens.”

“It’s important for people to understand that I have zero respect for someone trying to control our relationship and constantly throwing obstacles our way,” he posted on Instagram.

The new messages come after critics and fans alike welcomed the aforementioned documentary.

Produced by The New York Times, the film charts the singer’s rise to fame and the controversy over her welfare.

Britney’s father Jamie Spears has been her conservator for 12 years, due to concerns about her mental health.

“The documentary adds to the critical conversation we are having about women, agency and trauma,” wrote NBC’s Patricia Grisafi.

“In the tradition of so many ‘madwomen in the attic’ stories before her, Framing Britney Spears asks what happens when the door is opened to reveal not a frothing hag but hints of a quirky, completely competent human who benefits from meaningful work, time with her children and an Instagram account.”

In November, Spears lost a legal attempt to remove her father’s control over her estate.

The legal battle has been played out against the backdrop of the #FreeBritney movement, led by fans who believe Spears is being controlled against her will.

Mr Spears has defended his role, telling CNN he is “protecting” his daughter from “those with self-serving interests and those who seek to harm her”.

The documentary examines not only the complex history behind the long-running conservatorship, but also the treatment of Spears as she grew up in the spotlight.

Many fans welcomed the documentary as further evidence of how the singer has been treated over the years, while some celebrities spoke out in support.

Entertainment Weekly’s Mary Sollosi pointed out that “too much information has been obscured by the parties involved for the documentary to come to a concrete conclusion about the truth of Spears’ current mental, legal, or financial circumstances”.

But she said that “after seeing the facts play out with the benefit of hindsight and context, it’s hard to step away from Framing Britney Spears believing she hasn’t been repeatedly wronged”.

Variety’s Daniel D’Addario said Framing Britney Spears “comes to no conclusions” but raises “the idea that Spears may indeed be grateful for the ministrations of her fans online”.

CNN’s Brian Lowry agreed, writing: “Framing Britney Spears doesn’t really penetrate that protective shell, but it does meticulously lay out the history and key players, as well as the way the conversation about her status has grown to encompass issues beyond just the particulars of Spears’ story.

“The more uncomfortable, slightly meta question is whether even serious attempts to examine the star’s fame and potential exploitation wind up participating in the process.”

The film examines old footage such as an interview with her ex-boyfriend Justin Timberlake, a game show making fun of her breakdown and her appearance as a child on a TV talent show.

In the Los Angeles Times, Meredith Blake wrote: “Applying the rigour of a Frontline episode to a narrative that has been shaped by thinly sourced gossip and anonymous hearsay, Framing Britney Spears is also a pointed work of cultural criticism that might make some viewers feel guilt about idly gawking at pictures of Spears on Perez Hilton circa 2007.

“Framing Britney Spears is the latest project to reconsider women once ridiculed and reviled because of their role in salacious scandals, such as Monica Lewinsky, Lorena Bobbitt and Paris Hilton. It asks us to ponder our collective complicity in the mockery and sexist criticism to which Spears has been subjected.”

There is currently no news about whether the documentary will be aired in the UK.