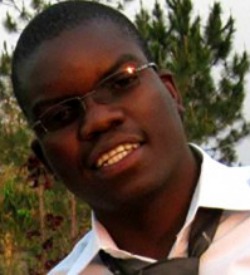 BULAWAYO-BASED author Crispen Ndlovu has penned another political satire focusing on the Government of National Unity (GNU) era where the ruling party, Zanu PF, shared power with the main opposition party, Movement for Democratic Change (MDC).
While it is a fictional piece of work, it is inspired by true political events in the country especially the inclusive government era where President Mugabe was forced to share power with his arch-rival, Morgan Tsvangirai for a 5 year period.
Ndlovu, who has had a brush with the law for his controversial works, is also the author of Guveya (2013), a political satire which cast the spotlight on the 1980s Gukurahundi atrocities.
In 2014, he released Selibona Nya and Incwadi Encane.
His new work is titled Sleeping with the enemy.
In ‘Sleeping with the enemy’, the character who is the Prime Minister repeats the same mistake of thinking of a compromise than a long lasting solution that would remove a dictator who has brought misery to Zimbabwe.
“The Prime minister who is also the leader of an opposition party joins the Government as an underdog after being denied the chance to rule Zimbabwe despite winning the election,” reads the synopsis.
Ndlovu adds: “The book also looks at the dangerous journeys taken by the people of Matabeleland migrating to South Africa to seek greener pastures. Thousands of deaths go unrecorded. Most of the people will be fleeing poverty that was deliberately imposed on the region by Robert Mugabe through marginalization and deliberate omission of the on issues of development.”
Some of the themes covered in the book include racism, marginalisation, factionalism, child abuse and religion.
Ndlovu said he was motivated to write the book by the need to capture true political accounts.
“The motivation for writing this book is that the current history of Zimbabwe and the analysis of political mishaps in Zimbabwe have to be recorded in true accounts. The country has been taken over by a group of individuals ranging from soldiers, politicians, police and Zanu PF thugs,” said Ndlovu.
A group of four young man all deported from South Africa decide to take the dictator head on after years of observing politics from the sidelines and noticing that they are the ones responsible for their freedom.Advertisement

With the government concerned with inscribed mugs and half naked dancers, real issues remain untouched whilst the country burns.