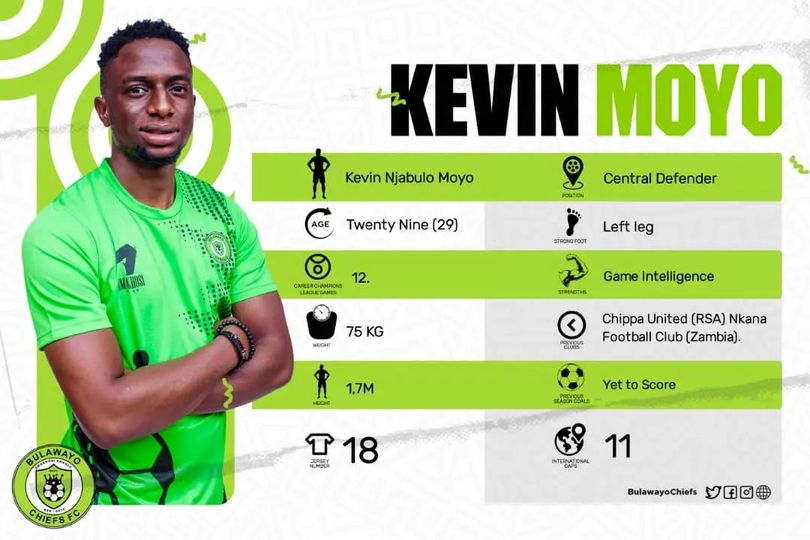 AMBITIOUS Premier Soccer League club Bulawayo Chiefs has continued its spending spree ahead of the resumption of the 2021-2022 season after the unveiling of Zimbabwe senior national team defender Kevin Moyo.

The Ninjas have been on a massive recruitment exercise which has resulted in experienced players such as Obriel Chirinda, Obadiah Tarumbwa, Perfect Chikwende, Kevin Madzongwe and Dela Akorli from Ghana all joining the club in recent days.

Now Bulawayo Chiefs have made yet another big acquisition by recruiting Kelvin, in a move which will reunite him with his brother Kelvin.

Prior to his move to Zambia, Kevin was on the books of South African club Chippa United.

The former FC Platinum defender together with his twin brother Elvis, won successive Premier Soccer League titles at the Zvishavane club in 2018 and 2019 before they decided to move to South Africa.

Chiefs will be hoping to benefit from their experience as they seek to remain in the topflight league after narrowly surviving relegation in 2019.