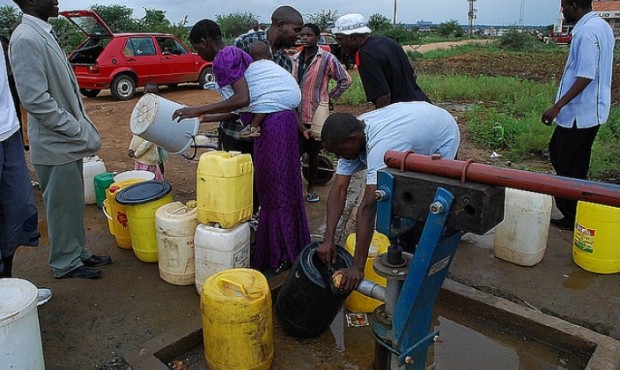 THE Bulawayo City Council (BCC) has cut water suppliers to all the residential suburbs in an unprecedented move which posed a serious health challenge and caught most residents by surprise.

Town Clerk Christopher Dube Saturday said the local authority had been forced to cut supplies for the whole city save for the central business district (CBD), industries and mines due to raw water pumping challenges.

This is associated with the recent theft of two kilometres long electricity supply cables at the city’s water reservoirs.

“All the suburbs in the eastern and western areas are closed except for the central business district, industry and mines.

“In light of that, consumers are further advised that if electricity is restored, the system will need time to build up and stabilise. Council will advise accordingly as to which areas will be opened as soon as the system normalises.”

The council promised to fix the problem last Friday and revert to the 144-hour weekly shedding programme.

In May this year, the council implemented a weekly 144-hours water-shedding programme.

“Our council is not organised. Two weeks ago, they issued a statement indicating that normal water supplies will be restored on Friday 28 August but now they have indefinitely cut supplies in all suburbs without any notice. Council should just admit failure,” said Trymore Ndlovu, a resident in Khumalo high-density suburb.

The city of Bulawayo is experiencing an acute shortage of water which has resulted in the city decommissioning three of its major water supply dams namely: Umzingwane, Upper Ncema and Lower Ncema.

The other remaining three dams are; Insiza Mayfair, Inyankuni and Mtshabezi.