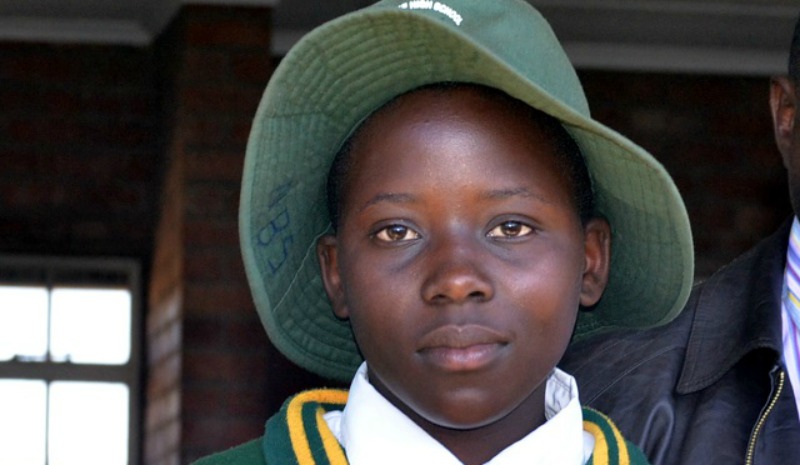 A 13 YEAR OLD girl turned herione after she took it upon herself to save a potential train accident and save the lives of about 300 people who were on the Bulawayo-bound NRZ train.

Nozipho Sibanda was recently honoured by the NRZ for her civic duty with a full bursary worth $1 300.

The scholarship will ensure she pays for the whole of her secondary education at Entumbane Secondary School in the city where she is currently doing her Form One.

The NRZ also offered her a place at its training school in Bulawayo.

Nine months ago, Sibanda was on her way to school when she spotted that part of the railway line had been damaged and, sensing danger, she immediately reported the incident to the Sawmills railway station manager.

The station manager managed to alert the train driver of the potential hazard, averting a potential accident.

The parastatal is reeling from financial challenges and most of its locomotives are in a bad state.

The railway line has also not be rehabilitated in decades putting the lives of passengers at risk.

“She saved over 300 lives in a passenger train that was coming from Victoria Falls to Bulawayo. She did something that some adults may have failed to do. As part of our whistle blowers programme, we decided to give her a small token of appreciation as a gesture to show gratitude to her family and her school for cultivating such good habits in a child,” Temai was quoted in the local press.

Sibanda said her instincts kicked in when she noticed that the train track had been broken.