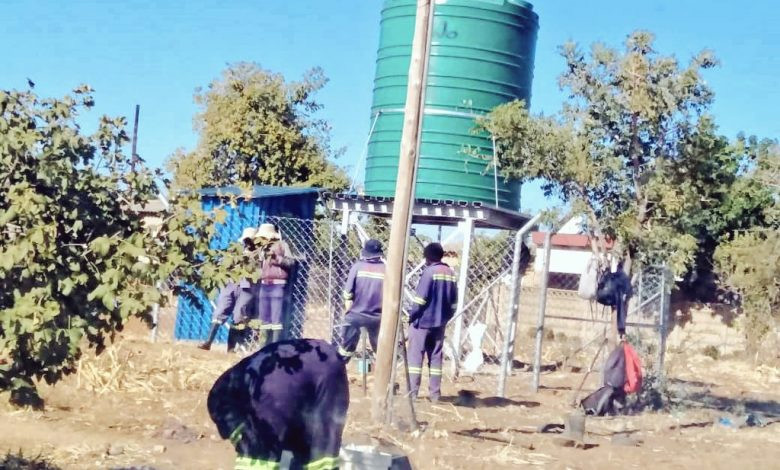 THE Bulawayo City Council (BCC) has completed the construction of 10 water kiosks which will supply the precious liquid to residents in high lying areas in low income suburbs.

The council, which has been hard hit by water shortages, has identified 25 sites where the 10 000 megalitre tanks will be erected and refilled by bowsers as part of the city’s measures to assist residents who have been sleeping in queues waiting for water bowsers for deliveries.

Addressing journalists in Bulawayo on the city’s water situation, BCC’s director of engineering services, Simela Dube said six kiosks were constructed with support from the Danish Church Aid while the Vitens Evides International provided materials for the construction four other water points.

“The city has identified 25 water kiosks sites in Emuganwini, Nkulumane, Pumula, Magwegwe, and some isolated areas in the low density suburbs,” said Dube.

“Six sites have already been completed while the other four sites will also be completed before the end of this week.”

The city engineer said the council is still mobilising resources for the remaining 15 water kiosks adding Schweppes Company had pledged a 30 000 litre water bowser which will be used to fetch raw water to feed the water points.

Dube said the council had also invited tenders for the hiring of water bowsers for the project.

“Currently, we have very few council water bowsers which are only prioritising critical areas such as Mpilo Hospital and Covid-19 isolation centres. Once we have more water bowsers, we will be able to provide those centres with adequate water. People will also no longer spend time in water queues,” he said.

The tanks will have four taps each for social distancing in line with the Covid-19 regulations.

The city council a fortnight ago escalated its weekly water shedding hours from 108 to 120 in a move which has seen some residents going for six continuous days without running water supplies.