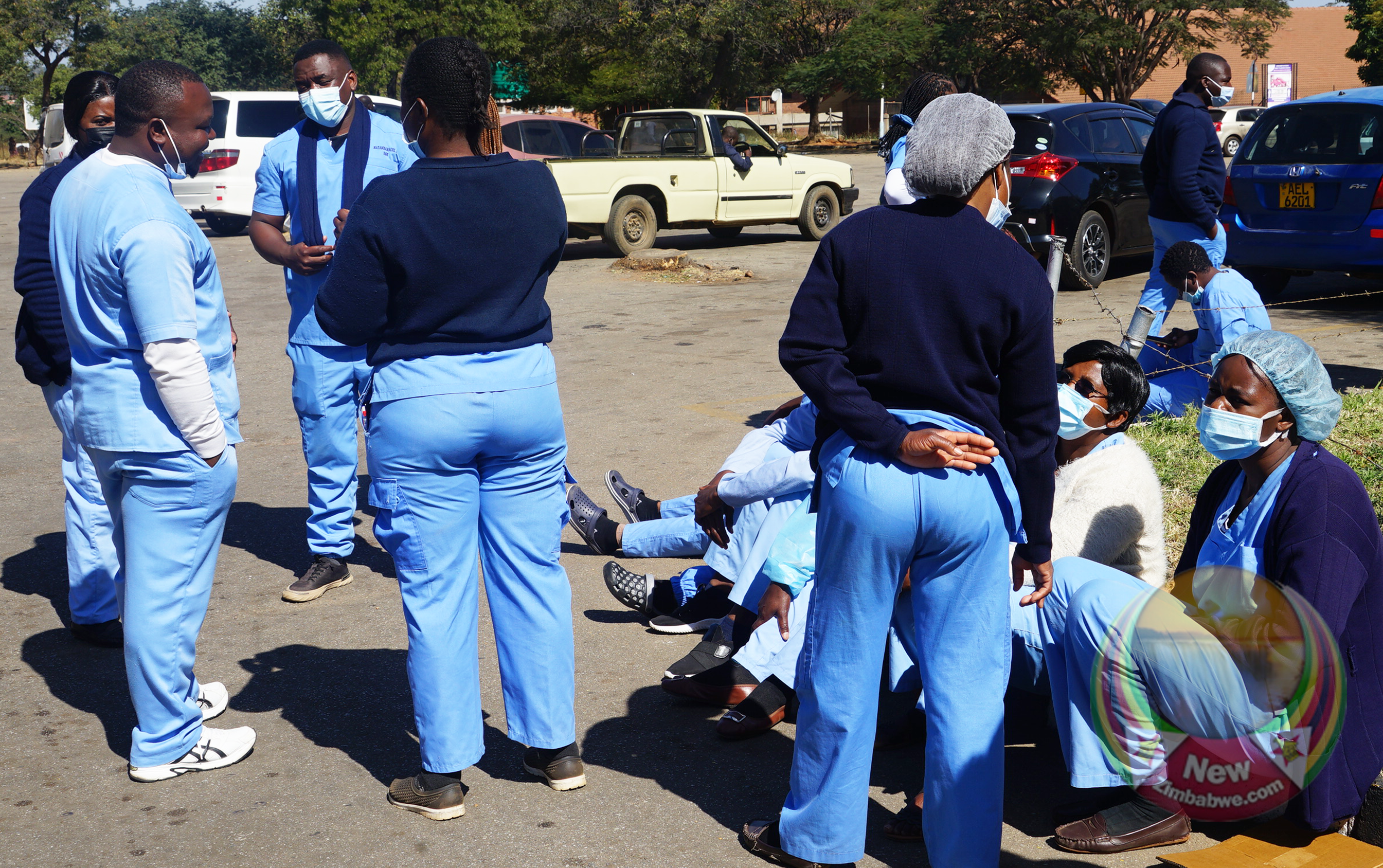 The industrial action entered its third day on Tuesday with all of them demanding salaries in United States dollars as the local currency slumps.

Last week the health workers rejected a 100% pay increase offer by the government saying it was too little.

In a letter to the heads of departments signed by 35 interns, the UBH trainees cited the same reasons as those of all other health workers in Zimbabwe.

Usually, trainee health workers are not allowed to join strikes.

“In reference to the letter from Zimbabwe Health Apex Council dated 17 June 2022 about the incapacitation and withdrawal of service by health worker,” reads the letter.

“We, as the United Bulawayo Hospital interns would like to inform you that we are unable to carry out our daily duties due to incapacitation, the reasons being the same as those of all the other health workers in Zimbabwe.

“Effective 22 June 2022, we will withdraw our services and await negotiations being done on our behalf by the Health Apex Council in Harare.

“We hope for a speedy resolution of our grievances so that we can resume our duties promptly.”

With the purchasing power of their salaries decimated by an inflation rate upwards of 132 percent, the striking public health workers and other civil servants are demanding that their salaries be paid in US dollars, which they see as a more stable currency.

Zimbabwe is in the grips of an economic crisis characterised by hyperinflation, a rapidly devaluing local currency, 90 percent unemployment, and declining manufacturing output.