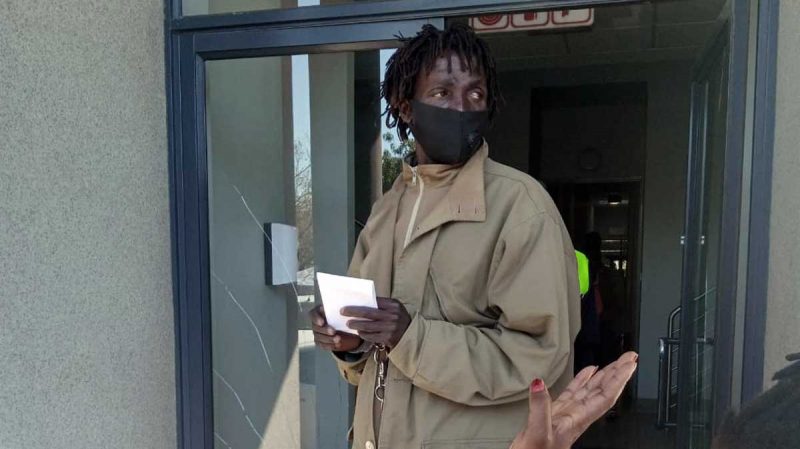 A BULAWAYO man has been arrested in Botswana and remanded in custody after caught digging for gold in Botswana.

Acting on a tip-off, police in that country arrested 46-year-old Abel Nyoni at Matsiloje Farms early this month.

The police had been informed Nyoni was illegally digging for gold in abandoned mineshafts.

During the raid, the Bulawayo man was reportedly found with a substance suspected to contain raw gold.

He was charged with “unlawful possession of un-rot precious metals” and hauled before Francistown Magistrates Court.

Prosecutor James Ramatlotla asked the court not to grant Nyoni bail as state investigations were incomplete. He also said the suspect was an illegal immigrant, and a flight risk

“We are to take the exhibit to be examined by the geologist to see what it is. The accused is a foreigner without travelling documents and does not have a fixed address where he stays in Botswana,” stated Ramatlotla.

Nyoni was remanded in custody to 8 July.

“That is when the Zimbabwean man was arrested. He was found with soil suspected to be having gold in it. Since the investigations have just commenced, the geologist will be able to tell if it is indeed gold or what,” he explained.

Eanya said the possible maximum sentence for anyone found guilty of unlawful possession of gold is a two-year prison sentence or a minimum fine of P200.

Meanwhile, another Zimbabwean man, Bhekizitha Tshuma (42) has also been remanded in custody after his girlfriend reported him to the police last week over threats to kill her.

It is alleged Tshuma flew into a jealous rage after spotting his lover, Noki Jane, in the company of another man.

Unable to stand seeing his woman with another man, Tshuma reportedly armed with an axe, said, “You’ve started having an intimate relationship with Baji; I am going to kill you.”

He was arrested the following day at his home in Mabesekwa village and arraigned before Francistown Magistrates’ Court last Thursday charged with threat to kill.

In court, the prosecution pointed out Tshuma entered Botswana through an ungazetted point back in 2012 and has been staying in the country illegally.

Deemed a flight risk because of his illegal immigrant status, and with investigations at a preliminary stage, the suspect was remanded in custody. He is due back in court on 24 July.