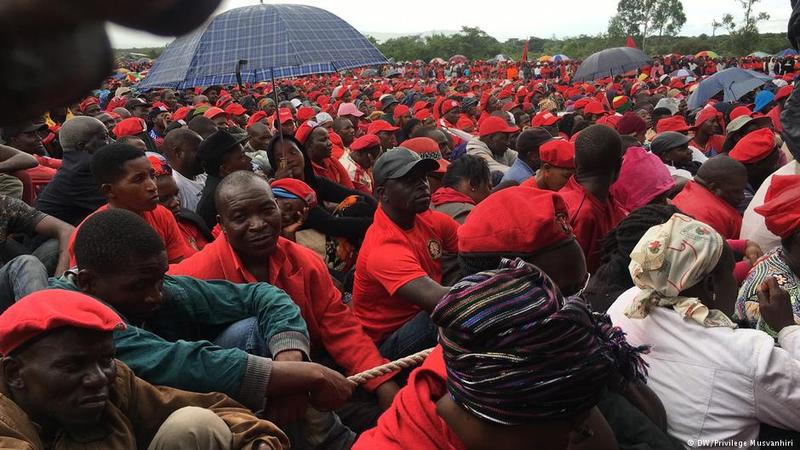 SCORES of MDC- T supporters from Matabeleland region painted the Bulawayo’s City Hall red with their colourful party regalia Monday while waiting for transport to Buhera for Morgan Tsvangirai’s burial.

Tsvangirai, who died at a South African hospital after battling with colon cancer, will be laid to rest at his Humanikwa Village rural home this Tuesday.

Supporters from as far as Binga and South Africa started thronging the Bulawayo city hall car park as early as 10 am waiting for transport to be ferried to Buhera in the evening.

“I came all the way from Binga to Bulawayo to connect transport to Buhera,” said 70-year-old, Prisca Mumba.

“The party has organised buses for the people to be transported to Buhera. From Binga, I used my own money to board a bus because I cannot miss Tsvangirai’s burial; to me, he was like my hero.”

Another MDC supporter, Khulekani Siziba said he arrived from South Africa Sunday to attend the burial of the late r opposition leader.

“I left South Africa on Saturday evening and arrived in Bulawayo on Sunday morning,” he said.

“I will be joining the rest of Bulawayo comrades to Buhera to burry our father and hero. Some of our colleagues have already left for Buhera via Masvingo.”

“We are overwhelmed by the number of people who want to travel to Buhera to bury our icon,” he said.

“We have managed to organise 15 buses, but we are still appealing for well -wishers to provide more transport.”