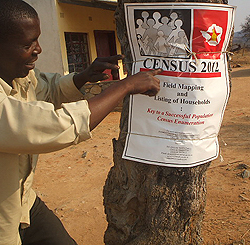 THE Chronicle story http://www.chronicle.co.zw/bulawayo-men-dont-marry-census/by a purported Gender Editor runs deep with irresponsible reportage. By reportage here I refer to both the reporting and analysis of something as serious as Census statistics that requires objective, factual and informed analysis which goes beyond personal prejudice in service to the nation.
The whole tone (both said and unsaid) of the article is both appalling and regrettable to say the least. With an understanding of  gender being so key in shaping society, it is my hope that the  reporter will work to refine further her lens of analysis if she values being a  Gender reporter and editor worthy of the respectable mandate such a designation implies.
That said, it was however the “irreverent and irresponsible” utterances by Reverend Paul Damasane – a man entrusted with leadership within a church and, above all a nation – that are most regrettable. Rev Damasane is a Marriage Counsellor within an esteemed institution like the Family of God Church and, more importantly, a senior national government bureaucrat (he is also a Principal Director within the crucial Ministry of Sports and Culture). Anyone in such a leadership position has to be held to account for such gibberish as:
“The expectations of the Bulawayo woman are not being met by the non-committal Bulawayo man,” Rev Damasane said. “As a result, some of the women would choose to be in weird situations with men from outside the city for the sake of survival.”
The notions of ethnic, racial and regional purity embedded in the statement are simply utopian and dangerous, especially in a world where humans no longer reside in primordial enclaves where they do not engage and relate with the “constitutive others”. I respect individuals’ right to opinion and I understand our deeply polarized society is driven by all kinds of prejudice. I also do not overlook that ethnic tensions run deep within our country due to unresolved violent experiences, a sad reality that such reporting rides on.
However, designations of leadership within the church and the nation mandate the holder of such positions with a duty to uphold respect for human life; speak to promote appreciation and tolerance for diversity. For one in such crucial positions to deliberately ride on poor reporting and wax lyrical his shameless tribal prejudice and misconceptions is not just shameful but blood chilling. What disrespect for humanity and human life Rev. Damasane’s irresponsible utterances propagate in a nation that rests uneasy on horrendous experiences of violence that became so easy to unleash at the voiding of the humanity of the other.Advertisement

We all know how it has been so easy to kill the world over once another human being is reduced to “chaff, ants, cockroach, madzviti, amaswina …” and on this endless list Damasane dares to add his own by disregarding the God-ordained institution of marriage by referring to intermarriages as “weird unions for survival.” Is the Reverend a Marriage Counsellor or “Marriage Canceller” one wonders? Unless he is married to his sister then its time he acknowledges that all marriage is born of a transcending of boundaries, be they family, ethnic or racial. Intermarriages and interrelationships of all kinds are a reality that cannot be nullified at the stray of the tongue of an irresponsible national leader.
Does it occur to him how, once a human is termed weird, it can become easy to harm, destroy and even to kill them. Consider the gender based violence and the child abuse that can be fuelled by such careless sentiments even at family level. Such a warped and stone age sense of how people should relate and marry has no place in this day and age. I believe the Family of God Church as an institution takes itself seriously and holds all marriages in high regard to allow itself to be tainted by such an irresponsible member of their flock, a stray sheep that indeed still requires great shepherding. I hope FOG will be quick to publicly dissociate itself with that foggy utterance.
Yet again how antiquated that one assumes the role of speaking for women, what disregard for  the milestones at promoting gender equality in a world where women CAN speak for themselves and make independent marital and other choices. As one holding the position of Principal Director in the Ministry of Sports and Culture, what’s his definition of “weird unions; men from outside the city; Bulawayo man; Bulawayo woman and even survival” in a country and world so diverse and become so cosmopolitan. The Ministry strongly needs to reconsider such a key position being harboured by such a level of intolerance.
Being a leader comes with responsibility. Should Damasane step down from those crucial positions that he holds at the Family of God Church and at the Ministry of Sports and Culture, and become ordinary, no one will demand accountability for the lumpen yet dangerous attributes and irresponsible sentiment he harbours. There is already enough prejudice and tribal hatred in our country.
While you are in the public eye and in a position of leadership, it may not be easy but it would be respectable of you to try and make a positive difference and show respect for the humanity of the others. How about using one’s tongue to push for effective interventions to the injustices that have brought us to where we are. We have come a long way and do not need further damage. We need leadership with generosity of spirit. Gudo guru peta muswe, Umuntu ngumuntu ngabantu.