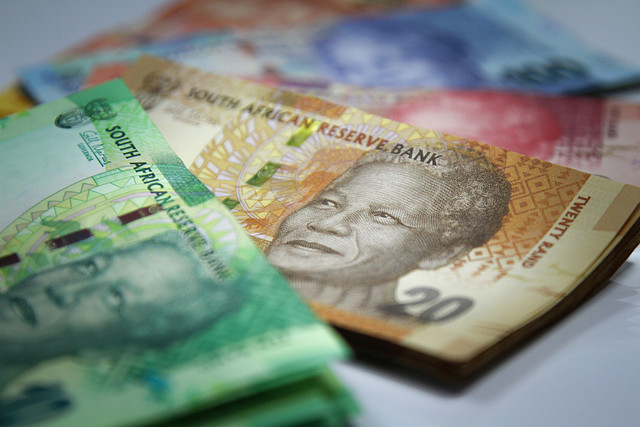 BULAWAYO residents say they would rather go back to using the South African Rand than the soon-to-be-introduced bond notes.
Reacting to government`s pronouncement that banks will start issuing multi-currencies to the banking public from July 1, city residents said the Rand was a better option than bond notes.
The Rand, was in high circulation in the Matabeleland region due to its close ties with South Africa. However, when the currency hit turbulent waters, locals ditched it opting to trade using the stronger and more stable United States dollar.
Government intends to introduce bond notes to plug cash shortages and boost liquidity in the country.
In an interview with this publication, Bulawayo residents said they had more trust in the Rand than in the proposed bonded notes.
“We have used the Rand for many years in Matabeleland; even when we still had our own currency.
“I think it is better to go back to using the Rand instead of the bond notes,” said Michael Jaravani, a resident from Lobengula West.
His view was supported by Shyleen Mpofu, a student at the local polytechnic, who said the bond notes have already been rejected by the people even before their introduction to market.
“The bond notes will take a long time to be accepted by the people and I would be more comfortable transacting using the Rand because I can use it outside the country instead of the bond notes which will only be used in Zimbabwe,” she said.
Butler Tambo, a policy researcher and Deputy Director for the Centre for Public Engagement, said People will prefer the Rand because it is a real currency and money and is tradable globally against the Bond note which will only be tradable in Zimbabwe.
“The move by the RBZ has already caused serious pandemonium as most people fear the return of the Zimbabwe dollar …
“ … and statements from the Minister of Finance that there is no going back on Bond notes have only exacerbated the situation and there is a current run on banks which could trigger a banking crisis with seismic effects on the economy,” said Tambo.
Tambo predicted that in the long run, the parallel market will emerge.
“Once shops, fuel service stations and other heavy users of foreign currency have now collected these bond notes and now need to import and restock they will have to go back to the RBZ to exchange these notes which are only tradable in Zimbabwe back to the real USD.”Advertisement

He added: “This is where the problems begin because the RBZ has already created a ‘priority list’ of who will get the USD first and, that way, we are back to the black market days of 2008 as some people will begin to discount the bond notes for those desperate for the genuine USD.
“Once this parallel market has begun, no one will be able to control it and, in no time at all, hospitals will run out of essential drugs, shops will become empty as they fail to restock and fuel queues will reemerge again as fuel shortages will become the order of the day.”
Tambo suggested a raft of possible solutions to the current cash crisis including, restoration of investor confidence, strategic industrial policy, Zimbabwe joining the Rand Monetary Union and restoration of the banking sector confidence, among others.
“Banks must reduce or even scrap their bank account opening requirements like proof of residence, initial deposit fees, pay slips and other restrictive financial requirements like monthly bank charges, service charges and hefty withdrawal fees in order to encourage those in the informal sector to bank their daily takings,” he said.
“Considering this sector is said to hold as much as between US$4-7 Billion which is traded outside official banking channels, it is prudent to tap into these large unbanked amounts.”
Tambo also urged government to lead by example by installing point-of-sale machines in its departments instead of demanding payment in cash.