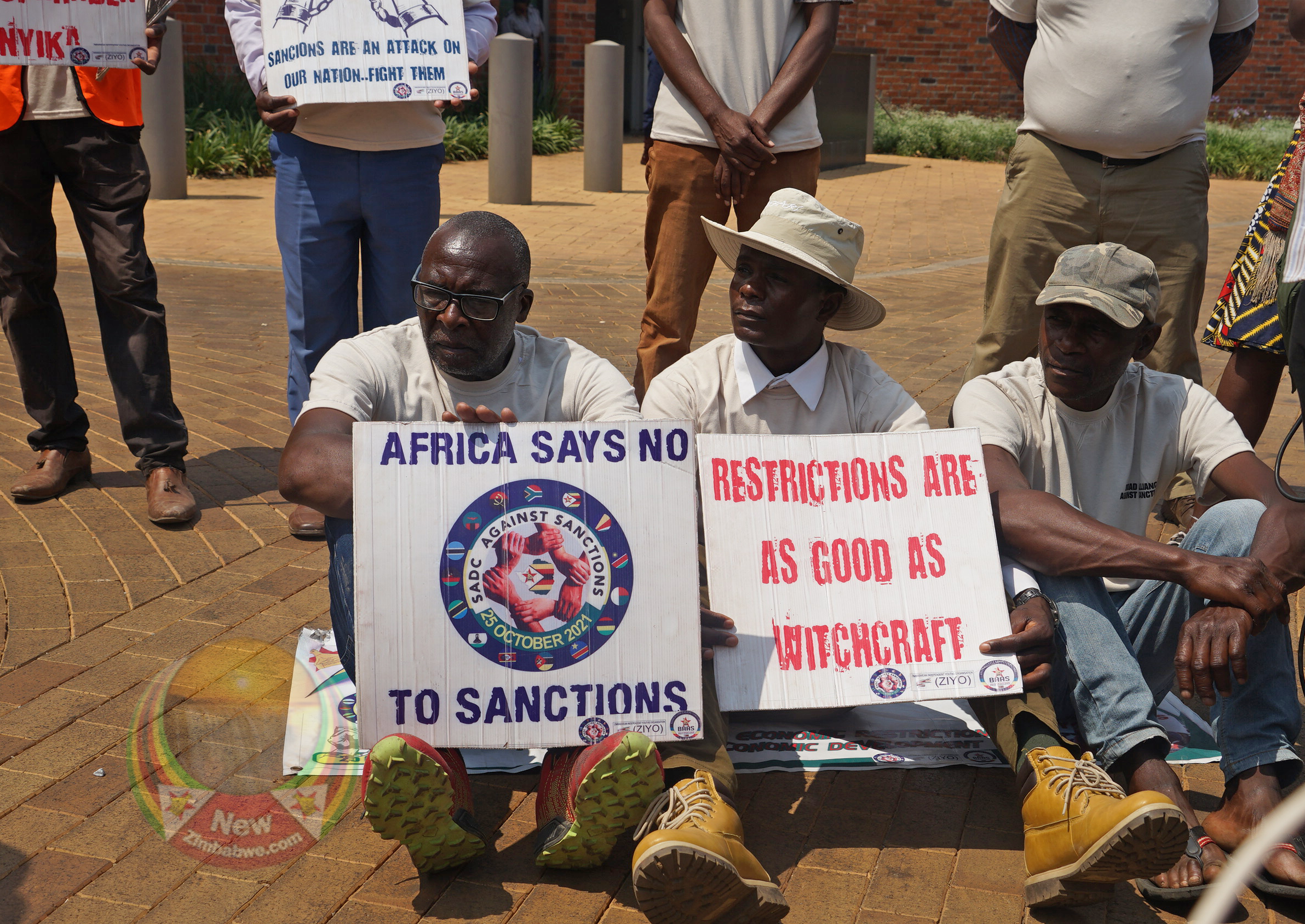 The function, which was initially slated for Bulawayo City Hall, was hastily moved to the National Railways of Zimbabwe (NRZ) main station car park.

“Sanctions have, however, undermined the province’s capacity to respond fully to socio-economic challenges. Our province needs to grow its provincial Gross Domestic Product (GDP),”

“The illegal sanctions imposed by the United Kingdom and its allies are targeted at key sectors of the economy. This has resulted in depressed economic performance and undermined service delivery,” said Ncube.

The minister said despite sanctions, the Second Republic had implemented various developmental projects in Matebeleland.

Speaking at the same event, a representative of the obscure, Zanu PF aligned, Council for Churches in Africa (CCA) blamed the country’s economic and social woes on the embargoes.

“The church is feeling the impact of rising inflation and incomes have been eroded with prices skyrocketing daily.

“The economy is in tatters as a result of illegal sanctions which have been imposed against Zimbabwe by our detractors.

“The situation has reached another level and ordinary congregants are not free to operate in a country with an economy which is in intensive care unit.

“Today marks a historic call from the ecumenical umbrella body representing indigenous churches in Africa, as we join everyone in denouncing illegal sanctions which have been imposed against Zimbabwe.

“Indeed, this is a complementary crusade for a common good of ordinary congregants,” said the representative.

The few school children, who attended the commemorations, were ferried to and from by ZUPCO and school buses.

The US and Britain imposed targeted sanctions to some government and senior Zanu PF officials over alleged human rights abuses and election rigging, among other violations.