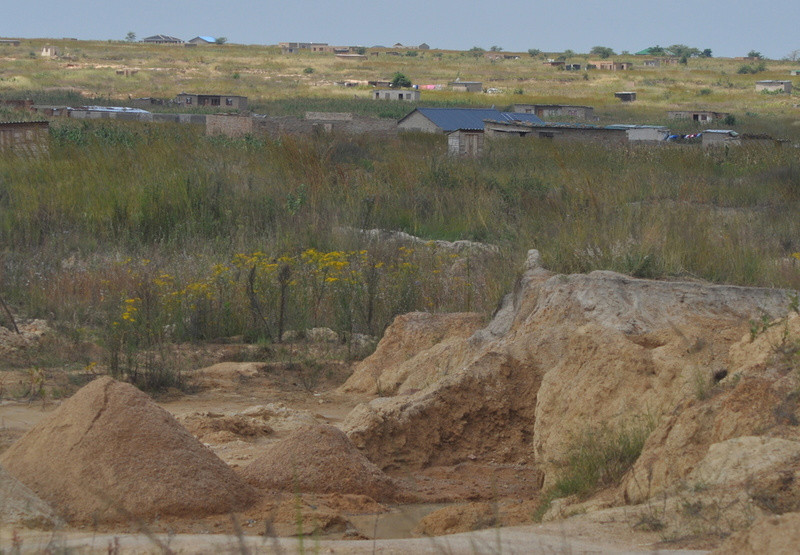 RESIDENTS of Bulawayo’s Gwabalanda suburb have appealed to the Bulawayo City Council (BCC) and police to intervene after sand poachers have invaded the area to extract truckloads of the resource while causing massive land degradation in the area.

There are also fears the sand poachers will soon encroach onto the nearby Luveve Old Cemetery and cause damage to the graves of the departed.

The sand is used for construction work.

In an interview with NewZimbabwe.com, one resident, Ntandoyenkosi Nkala said police and the local authority must urgently intervene because open pits left by the poachers were a threat in the area especially to children who play there.

“The city council must deploy security to protect our environment. Can the local council and police do something because these people are destroying our environment,” she said.

“There are pits everywhere and these pits and thieves can take advantage of them and ambush residents.”

Another resident, Mthulisi Siziba said he suspected authorities were benefiting from poaching sand as they were turning a blind eye on the illegal activities.

“I am convinced the local authorities have a hand in these shenanigans. I think they know very well of what is happening because especially the rangers (Bulawayo Municipality Police),” said Siziba.

“I am saying this because we see them patrolling the area almost every day on horses or using vehicles but no arrests are made.

“Sometimes you can see them playing cat and mouse around the area with land poachers running away while the city council police are running after them, then to one’s surprise you see the same people going back to load the sand back into their trucks.”

Councillor for Ward 16 in Gwabalanda, Mildred Ncube said she will investigate the matter and pass her findings to relevant authorities to come with a solution.

“I will look into the matter with the staff because this is a serious issue. If you look into it during the rain season, water will fill in pits and this will become a hazard because people especially children can fall in there, drown and die,” said Ncube.