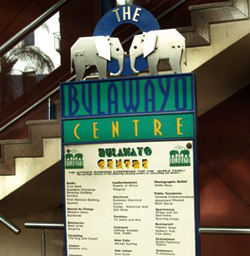 THE City of Bulawayo is seeking to change its Master Plan to come up with development and management models that will suit the existing economic conditions after company closures flattened its industrial base.
The project will cost between $300,000 and $500,000, said the city council in its latest report, and will have to tender it. Alternatively, the city fathers said they could approach the World Bank for funding through government.
BCC was operating on a 2000-2015 Mater Plan, which was approved in August 2001 but has lost relevance due to the changing economic situation.
Industrialists estimate that more than 100 companies have closed shop in the city, rendering more than 20,000 people jobless.
“The economic meltdown at the beginning of the millennium brought the Master Plan activities to a virtual halt,” said the council in the report in reference to the existing plan.
“Compared to other urban forms, the City of Bulawayo is known for having been properly planned and developed in an orderly fashion.
“This heritage has been seriously affected by a combination of general economic stress and failure of relevant institutions.”Advertisement