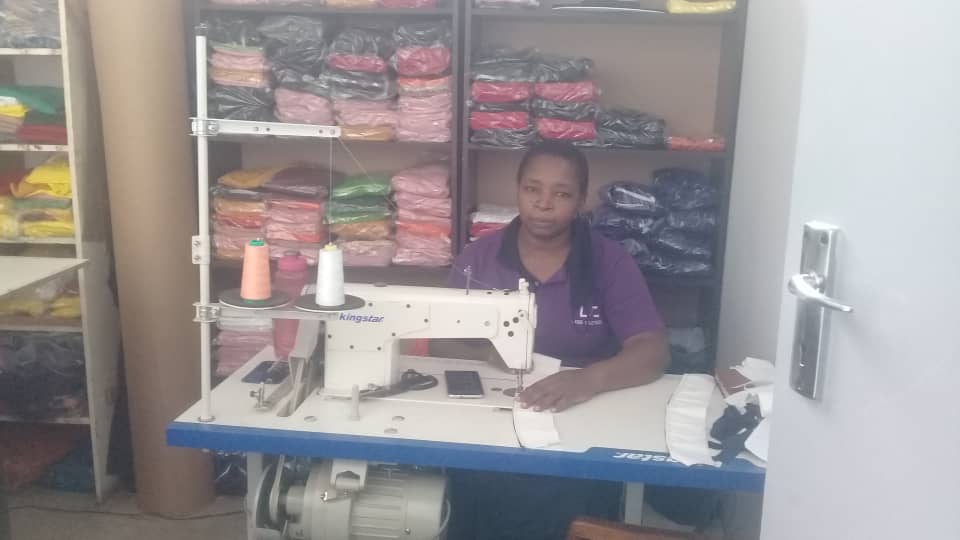 THE just completed refurbishment of the Bulawayo SME centre has transformed the lives of women entrepreneurs enabling them to take the second step by registering their businesses amid plans to expand their operations into recognisable brands into the future.

The remarks were made during a media tour this week where site visits were conducted to the Bulawayo SMEs Centre, where renovation works were funded by the International Labour Organisation (ILO) with other partners like the National Social Security Authority (NSSA), National University of Science and Technology and the Bulawayo City Council provided technical expertise.

Speaking to NewZimbabwe.com Business, Samkeliso Nyambiri who used to run a tailoring business said the centre had broadened her horizons in the appreciation of business, prompting her to formally register a company.

“I have seen the need to formalise my operations by registering LISO Clothing Company legally. When I left my job as a police officer with the Zimbabwe Republic Police (ZRP) I never dreamt of becoming a company leader someday.

“But this project has gone to the extent of attracting well to customers, who initially used to shun the old dingy space which used to work in and this has unlocked a lot of potential. I have gained extreme confidence to go for it and defied the “womanly” shyness I used to feel in approaching business in the past,” she said.

Another entrepreneur, Katherine Nyirenda said prior to the renovation of the center, basic infrastructure like toilets for women was a pipe dream as they were forced to share the same facilities with their male counterparts.

“Such a setup was degrading and would violate our rights as women but thank God we now have separate toilets, and we are working in a very clean environment. Through the business skills trainings I received, I managed to register a company called Kondwa Grace Fashions which can compete for tenders,” she said.

The developments come shortly after a study by ILO’ established that the country’s labour force is estimated at 3,5 million workers with participation rates for women being significantly lower than for men at 53 % and 34 % respectively.

Thus, while women represent 54 % of the working age population, they represent only 35 % of the labour force.

The report observes that women participate more in the informal sector where earn lesser as compared to their male counterparts.