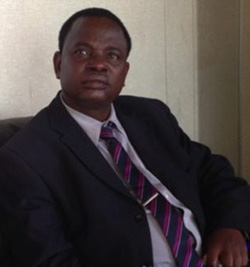 BULAWAYO: The Bulawayo City Council is seeking to privatise its Ingwebu Breweries unit after persistent losses, with the latest being $2 million in the nine months to September 2016.
Ingwebu Breweries has been run under Bulawayo Municipal Commercial Undertaking, a wholly council business entity since 1996.
An audit by PNA Chartered Accountants revealed that the brewer was a sinking ship and recommended its privatisation.
Bulawayo town clerk Christopher Dube on Wednesday said the city was moving to implement the recommendations to turn the company into a private entity as advised by the auditing company.
“The plant is now old and requires capital injection to bring business to a viable position. Since inception, no major injection of fresh capital was made to modernise the plant,” said Dube in a statement.
The brewery has operated under difficult conditions and stiff competition, in an industry dominated by Delta Corporation’s Chibuku brands.
Delta commissioned its Chibuku Fairbridge Brewery on the outskirts of Bulawayo which produces the popular Chibuku Super.
Apart from privatising Ingwebu, the BCC has already leased some of its bars around the city.Advertisement