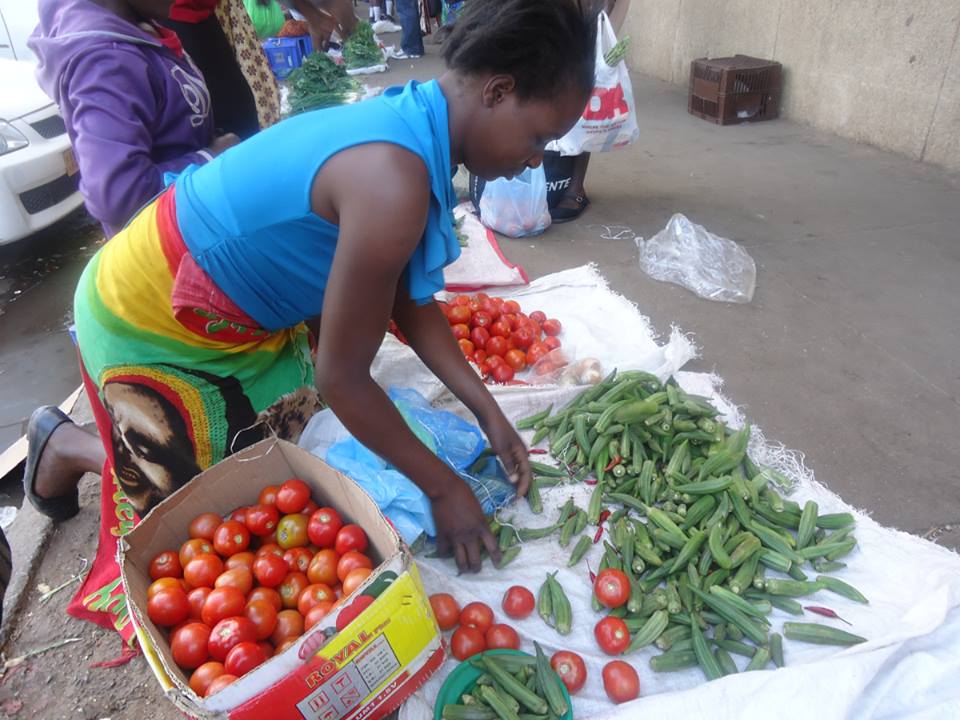 SOME Bulawayo informal traders who heeded government’s Covid-19 call not to operate during the lockdown’s first day, are now back in the streets to continue with their trade.

On Tuesday, the country began its 30-day Covid-19 induced lockdown period as part of measures to contain a global pandemic that has killed nearly 400 locals since the first case was confirmed last March.

During the first day of the national lockdown, the city was almost disserted as most people stayed at home in response to the lockdown call.

However, a survey carried out by NewZimbabwe.com Thursday revealed that a sizeable number of vegetable vendors were now back at the market.

“It is better to be killed by coronavirus than to stay at home,” said a female vegetable vendor who plies her trade along 5th Avenue market.

“If I stay at home, who will feed my children? Since morning, I have been playing cat and mouse games with police and soldiers.”

Another vendor who only identified herself NaNancy said she only stayed at home for two days while “assessing” the situation.

“I just stayed at home during the first two days of the lockdown. I could not afford to stay at home for more days because my vegetables were rotting.

“Three days before the announcement of the lockdown, I had ordered a tonne of tomatoes from Chegutu. Already I have made a loss and I am trying to see if I can salvage something from the product,” she said, adding that she had bribed some soldiers so she could sell her products during the restrictive period.

“We have just closed doors, but we are selling. We have touts outside who are directing customers here. Since the lockdown, business has been good,” said a shop attendant at one of the vehicle spare parts selling shops along Joshua Mqabuko Nkomo road.

The situation in the city centre was peaceful with police and soldiers rarely seen.

Most informal shops remain closed, save for big retail outlets such as Ok and TM.

Some pharmacies were also open for business while all liquor selling outlets including bottles stores remain closed.