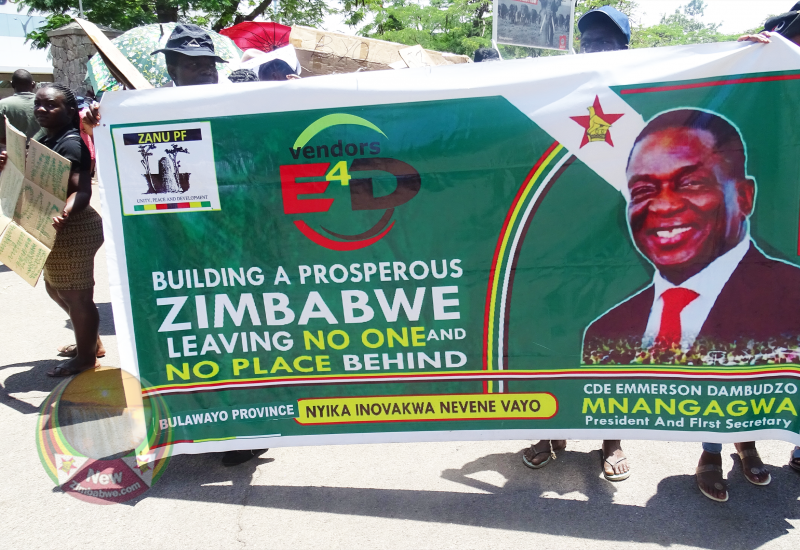 BULAWAYO informal traders who call themselves Vendors for ED Thursday staged demonstrations at Bulawayo City Council offices at the Large City  Hall  before handing over a petition complaining about municipal officers’ unfair operations.

The vendors were denouncing ill-treatment by council police, demanding that the abuse should come to an end.

They handed their petition to Nesisa Mpofu, the local authority’s Corporate Communications Manager.

“As ED for vendors, we are not happy with the way council is treating vendors. Municipal Police confiscate our wares every day without accounting for those goods. We have given council an ultimatum to stop seizing our goods until they respond to our concerns,” said Jere.

Riot police stood a distance while the vendors, who are mostly aligned to Zanu PF, demonstrated.