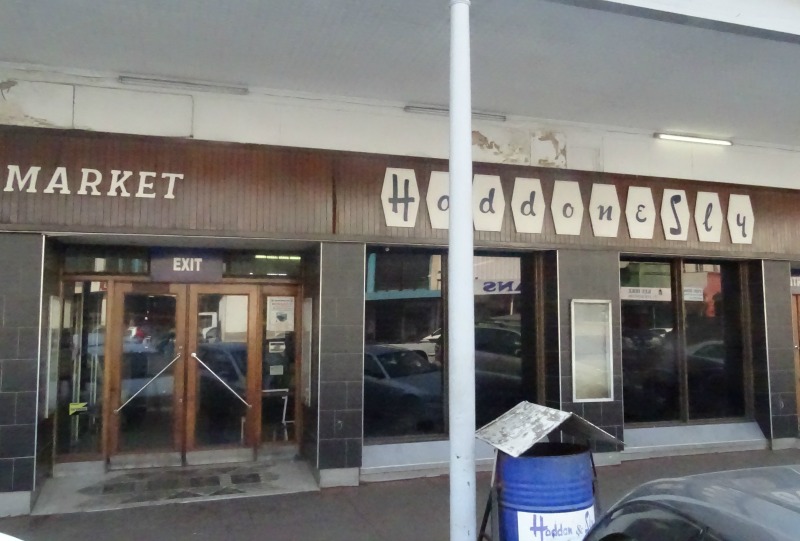 Bulawayo: One of Bulawayo’s most popular and oldest supermarkets, Haddon and Sly has closed down, throwing scores of workers onto the unemployment market.

While the outlet’s management insists the supermarket was closed to pave way for renovations, the workers claim that the closure was permanent.

The workers suspected the owners of the retail outlet were planning to either relocate or cease operations without paying them their outstanding salaries.

Workers who spoke to NewZimbabwe.com on condition of anonymity said the company has of late been facing financial challenges, a development which has resulted in their working hours reduced to cut costs.

“All the goods which were stocked in the supermarket have been moved into the warehouse. The management has simply told us that they will come back to us when the renovations were completed.

“We are very much worried because the company owes us salaries for one and half months. We are also aware that it also owes creditors a lot of money.

“How is it possible that the company can secure money for renovations when stakeholders are owned lots of money?” said the worker.

Since Sunday this week, the workers have picketed the company’s premises demanding to be addressed by the management.

“The company is taking us for granted. The management has promised to address us on several occasions but they have not done so. What we want is simply the truth so that we can move on with our lives,” said another worker.

The supermarket employees said they were also irked by the company’s decision to involve police during their labour dispute with their employer.

“When we were protesting, the Officer-In–Charge of Bulawayo central police station came and told us to stop demonstrating saying he will talk to the management. How can the management engage the police in a purely labour issue? We were simply exercising our rights to be heard,” said the angry worker.

The owner of the supermarket identified as Deans Chibhanguza could not be reached for comment.

Haddon and Sly Limited was established in Bulawayo in 1894 as a general dealer by two traders who merged their operations to suppress competition by other entrepreneurs.

The original structure was demolished in 1907 and replaced by the one that is currently standing although it has also been refurbished recently.