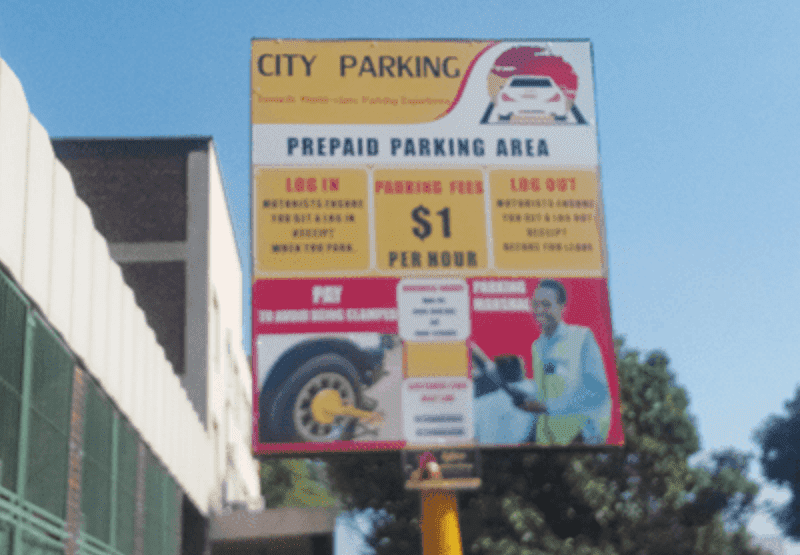 TENDY Three Investments, a local company which was awarded the city of Bulawayo’s vehicle parking management tender, has started deploying its parking marshals in the city centre ahead of the commencement of the parking collection fees on February 18.

The company is working with the Bulawayo City Council (BCC) in the provision of the new vehicle management system in the city.

Tendy Three parking marshals were seen in the city centre setting up their infrastructure as well as sharing knowledge with motorists on the new parking system.

The parking fees for the bays have already been pegged.

A 30 minutes parking will cost a US$1 while an hour will cost US$2.

Residents have however described the new parking fees as too high and unaffordable.

The city entered into a partnership with Tendy Three Investments (TTI) in August last year after Cabinet approved the US$2.2 million vehicle parking management system deal which was earmarked to run for a period of six years with an option to be extended for a further four years.

It is anticipated that council could rake approximately between US$1.1 million and US$1.5 million in revenue which can be used to rehabilitate the city’s poor road network.

Under the project ,a video surveillance system will be installed on all roads in the central business district and equipment worth US$700 000 has already been acquired for the project that is expected to create about 500 jobs.

The company also intends to recruit 60 parking marshals who will receive payments from motorists, enforce council by–laws within the central business district and monitor parking of vehicles.