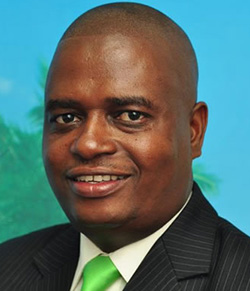 BULAWAYO’S Skyz Metro FM is expected to hit the airwaves beginning of September this year, station co-director Qhubani Moyo told NewZimbabwe.com Saturday.
The station, operated by FairTalk Communications, is among eight entrants that were granted licences to operate commercial radio stations in the country’s major centres by the Broadcasting Authority of Zimbabwe.
Moyo, who is station CEO, said they have since auditioned 400 potential presenters this past week.
The number would be pruned to a slender 16 and these shall comprise DJs, newsreaders, talk hosts and ordinary presenters.
“All things being equal, we should be on air by the first of September. That is what we are working towards,” Moyo said.
“We are also undergoing auditions for the on-air channel. We have identified and contracted the eight producers that we will work with. We will unveil them on Monday next week.”
Moyo continued: “In terms of the on-air channel, so far we have undergone auditions with 300. We have another 100 today (Saturday). We are reducing them to 50.
“We are then going to come up with the best 16 among the team that then becomes the core group of our presenters.”
The National University of Science and Technology (NUST) lecturer said the station would provide a much needed platform for people in the city to air their concerns.

“Ours is to provide the platform for people to talk. So it’s the people who will say the things that they want. We are the vehicle that is going to be used by the people.”
The station, Moyo said, shall broadcast in Ndebele, English and Kalanga in an evenly balanced way.
Skyz Metro FM will broadcast from co-director Cont Mhlanga’s Amakhosi Cultural Centre.
Elsewhere, FairTalk Communication’s Breeze FM in Victoria Falls is yet to conduct auditions while Breeze FM will broadcast in English, Tonga, Nambia and Ndebele.Advertisement