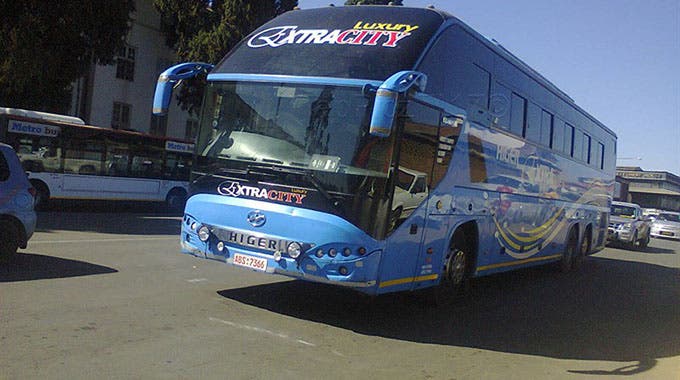 A local bus operator, Extra City has been dragged to court by an accident victim who is claiming $5,8 million after he was hit by one of the company’s buses while walking in a pedestrians’ lane.

Tavonga Shiri was hit while walking along Harare-Victoria Falls highway with a relative back in 2017 .

According to the summons, sometime in November 2017, Gwini was driving an Extra City bus along the Bulawayo-Victoria Falls Road and tried to overtake at a sharp curve in the face of oncoming traffic.

When Gwini realised that a head-on collision was imminent, he quickly drove off the road to the right hand side where Shiri was walking with a colleague.

“The plaintiff was unaware of the tragedy, the bus hit and ran over him and he became unconscious. Police subsequently attended the accident scene and arrested Gwini for negligent driving and an accident report was then produced,” reads the summons.

“The plaintiff was then admitted to a hospital where he battled for his life. Police then released the first defendant from custody on condition that they would continue with investigations and preparing the docket for prosecution.”

The court heard Extra City then dismissed Gwini from employment, obstructing progress of investigations as police could no longer locate him.

Any efforts by Shiri to get compensation from Extra City were futile as they allegedly refused to account for his losses.

“The plaintiff therefore suffered and continues to suffer damages in terms of inability to work and fend for his family of nine children and two wives. He is now hopping like a grasshopper to earn a living since all survival strategies had been deeply ploughed down beyond his reach due to disability.

“It is my humble submission that both defendants are jointly liable for damages suffered by the plaintiff. They are bound with an employee-employer relationship at the time the accident occurred. The second defendant had and still has vicarious liability for negligent conduct done by its employee,” reads the summons.

The matter has not been heard.