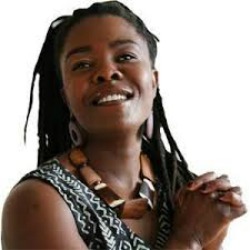 FORMER afro-fusion band Ilanga member, Busi Ncube, is set to launch her 10 track album Usiko in Bulawayo.
The launch is set for the 25th of August at Bluez Café.
On the launch day, Busi will be supported her twin sister Pathi, Carmen Hwarari, Sihle Hlaseka and Sibusiso Mhlanga.
Other acts include energetic dancer and singer Sandra Ndebele and acclaimed all female accapella group Nobuntu.
In a statement, Bluez Café said the album talks much about the suffering of the local people after the devastating floods triggered by El-Nino weather early this year in most parts of the country leaving poor villagers homeless and hungry.
“All proceeds from the album go towards supporting the victims of the flood who Busi is already helping,” said Bluez Café in a short statement.
“The launch will be a starburst of woman power, an exciting event with vivid and colourful deliveries by some Bulawayo’s most popular artists.”
The former Ilanga band member is well-known for the hit single ‘True Love’ which was written by the late colleague, Andy Brown.
After she left the Ilanga, Busi formed The Rain band and has toured many European countries in the last decade and once performed at Mela Festival in 2006.
She also has other albums to her name Malaisha and Live in Prague.
She is currently based in Norway where she teaches music at the Oslo Music Academy Pedagogisk Department.
At home, she has collaborated and sang with notable musicians such as the late Chiwoniso Maraire, Roger Mbambo and Adam Chisvo.
Busi was part of the Ilanga group when it was formed in 1986 with the late Don Gumbo and Brown, Virgillio Ignacia, Gibson Nyoni, Charles Mangena and Keith Farquharson.
She can also play the Mbira instrument and sings in different languages.