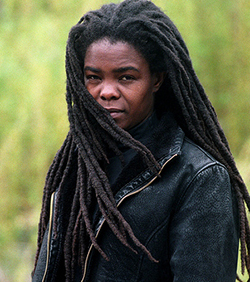 MUSICIAN Busi Ncube, now based in Oslo, Norway, will be coming to Zimbabwe later this year for a number of shows aimed at raising funds for victims of the El-Nino-induced floods that ravaged Southern parts of the country.
“Busi will be going to Zimbabwe to play live gigs for her home fans later this year and wants to go and support the flood victims through doing gigs with her fellow Zimbabwean musicians.
“She will sell her CDs to the people that care about the situation and will need all the support to make sure she raises funds for the affected people in flood prone areas,” her publicist said in a statement.
The former Ilanga Band member, who played alongside the late great Don Gumbo, Keith Fergusson, Brian Paul and Chinx Chingaira among others, recently launched her new CD album called “Usiko” at a show in Oslo with the support of the Global Oslo Music First.
The 8-track CD album, which, talks about the realities of life and seeks to answer some of the questions that remain unanswered in our society, was recorded in Zimbabwe by Tswarelo and mixed and mastered at Urban studios by Jock Loveband in Oslo where the brass section was done by great Oslo brass musicians.
Busi collaborated with Hudson Simbarashe, a talented guitarist from Bulawayo who has recorded his own works in Zimbabwe.
“Busi Ncube has just released a new CD called USIKO meaning traditions. Now based in Norway she launched her CD with the support of Global Oslo Music, first in Voss Festival on the 7th of April in front of a full house.
“The second gig was on the 9th of April in the capital Oslo and was a premiere of the USIKO work; the audience couldn’t keep to their chairs, they danced all through the show.”
She played with a band from Oslo and three female artists from Zimbabwe, Carmen Nelly Hwarari, Sihle Hlaseka and Sibusiso Mhlanga who is now based in the United Kingdom as background vocalists and dancers.
Busi played with the legendary Ilanga Band in the 80’s where they recorded popular albums such as Chisa Ilanga, Visions Foretold and Silver and Gold, which made them one of the greatest bands to emerge in the country.Advertisement