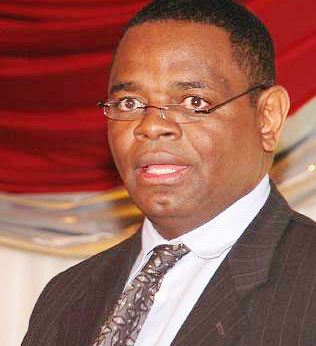 Dear Mr. Manheru,
I AM writing this letter not to discourage you from sharing your insights and ideas on what Zimbabwe needs to do to lift itself up but to put across another perspective that can possibly assist those who wish to better understand what, if any, could have been done differently in order to better shape and define the character and personality of post-colonial Zimbabwe.
It is painful when one reads your article titled: “Zimbabwe: Assassins without guns,” to describe human beings who have chosen journalism as a profession in a post-colonial state; to recognise that the state has been hijacked by backward-leaning actors who don’t always respect the truth.
It seems obvious that Zimbabwe was born from the womb of Rhodesia and as such the idea of Rhodesia was and ought to have been buried when universal suffrage became the order of the day in 1980. The watershed elections of 1980 transformed simple human beings from the bush into state actors but the elections had no transformational capacity.
What simply happened is that the chairs occupied by colonial actors were taken over by new actors. This transformation was clearly not merit-based to allow the beneficiaries of the liberation dividend to delude themselves into believing that the act of elections could conceivably convert one foolish mind into an enlightened one. Indeed, there were many who assumed state positions without any preparation or knowledge about what the post-colonial project really entailed or required of them.
I should like to think that you will agree with me that the last 35 years of Zimbabwean independence has regrettably produced a class of actors in the state who believe that elections were part of some kind of self-serving anointing project. The belief that state-actors by virtue of assuming state position through an electoral system that often is inherently flawed automatically confers badges of superior wisdom on the elected state actors is what has contributed to the distortion and undermining of Africa’s development trajectory.
I am sure you will agree with me that even President Robert Mugabe is not a clairvoyant but a man of flesh and by the nature of his job and the context in which a President operates, his worldview is prescribed by his handlers, including you, who often think that the best way to manage him is colouring the truth for self-preservation. I have no doubt that you will agree that the idea that a government can be a little God capable of empowering people is counter-intuitive and corrosive. The understanding of what a government is and is not has unfortunately been contaminated by people who see the state as an end in itself and not a means to end.Advertisement