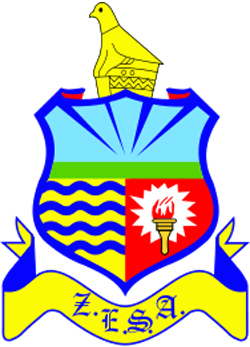 BUSINESS organisations have called on ZESA to ease five months of planned power cuts as they shut temporarily or run costly generators around the clock amid worsening blackouts.
Power shortages have worsened in the last four days as the state utility carries out annual maintenance at its power plants. ZESA is supplying 911 megawatts of power, less than half the 2,200 megawatts needed to avoid blackouts, causing “severe” shortages, it said on its website.
“I’m running a small generator to pump fuel for customers, but I’ve shut down my shop until the situation improves,” Gilbert Maposa, who runs a filling station and shop in Harare’s Msasa industrial area, said in a telephone interview today.
“It’s just too expensive in fuel to run generators for a few fridges and lights.”
Maposa said his Msasa business had been hit by six-to eight-hour power cuts a day, while his home in Harare’s Mabelreign suburb has been going without power for as long as 15 hours a day.
The planned cuts caused by maintenance at Zimbabwe’s Hwange thermal power plant and the Kariba hydroelectric plant will run from September 2 to February 2014 Zimbabwe Power Company a unit of Zesa Holdings, said in a statement.
The maintenance, an annual legal requirement, is timed to avoid leaving consumers without power during the Southern Hemisphere winter, ZPC said.
Generating their own power to keep essential equipment running imposes “exorbitant costs” on industry, Confederation of Zimbabwe Industries president, Charles Msipa, said by phone from Harare yesterday.
Hlanganiso Matangaidze, chairman of the Zimbabwe National Chambers of Commerce, said that power cuts were affecting companies already operating at low capacity due to Zimbabwe’s “operational challenges.”
“The power utility should spare industry from increased outages because this is suicidal,” he said in a phone interview from Harare today.Advertisement