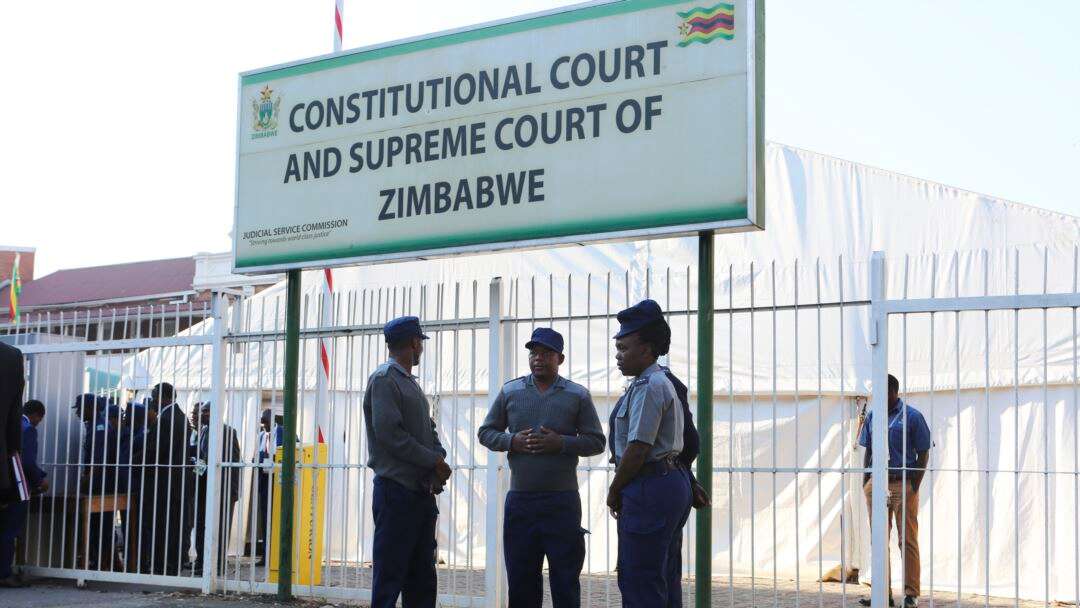 HARARE land developer Georgious Katsimberis wants to approach the Constitutional Court (ConCourt) to challenge his prosecution in parallel but related cases, saying the development is a violation of his fundamental rights and a threat to the integrity of the courts.

Katsimberis made the assertion in his application seeking leave to appeal at the ConCourt against a ruling by High Court judge Justice Siyabonga Paul Musithu last month dismissing the businessman’s application for permanent stay of prosecution arguing that the parallel court processes violated his rights.

Since June 2020, Katsimberis has been appearing as a State witness in a matter in which businessman Ken Sharpe’s aide, Van Blerk, Pokugara Properties, former Harare City Council town clerk Hosea Chisango and the City of Harare are charged with perjury for claiming in court that the land developer built houses on behalf of Pokugara without approved plans.

On the other hand, Katsimberis has been appearing in court as an accused person since July 2020 in a matter where he is facing a charge of fraud.

The accused persons in the perjury and malicious damage to property cases are the witnesses in the fraud charge that he is being tried for. Pokugara, which is linked to Sharpe, is the complainant in the fraud case.

The two separate cases where the businessman is a witness and the other where he appears as the accused person are based on the same facts.

Katsimberis reported his case to the police first and despite documents proving that, deputy prosecutor general Michael Reza and magistrates who presided over the land developer’s fraud case claim he reported after Pokugara had made a report against him.

Last month, Justice Musithu dismissed Katsimberis’ application for a permanent stay of prosecution where he claimed the parallel prosecution was violating his rights.

The judge ruled that Katsimeris was not supposed to seek a permanent stay of prosecution if his complaint was about the perceived prejudices emanating from his parallel prosecution.

He said there was nothing wrong with the parallel prosecutions because they were done by different organs, namely the Special Anti-Corruption Unit (SACU) and the National Prosecuting Authority (NPA).

However, in his ConCourt appeal, Katsimberis said the ruling was wrong because the judge failed to recognise SACU’s authority to conduct criminal prosecutions.

He said to treat SACU and the NPA as separate prosecuting authorities was unattainable in light of section 258 of the constitution.

Should the courts make a different ruling on the same facts; this would throw the integrity of the court into disrepute, he argued in the ConCourt appeal.

He added: “The consequence for the applicant is that he may be incarcerated pursuant to a conviction for fraud in circumstances where another court of parallel jurisdiction, upon the same facts, has found that the circumstances of that alleged fraud could not have transpired because there were approved building plans.

“In both instances, we have decisions in favour of the State, but giving starkly and shockingly different outcomes for the applicant to the point where he would be justified in asserting that he has been denied equal protection of the law because if a court of competent jurisdiction has found that there were approved building plans then surely no court of parallel jurisdiction ought to be allowed to reach a contrary decision lest it indirectly reviews the decision of another court.”

In his application at the High Court, Katsimberis said he believed that the parallel prosecution created a situation where the State was using his statements in one court to the other, taking away his right to remain silent.

“The right against self-incriminating is one of the pillars of a fair criminal trial. It is intertwined with the right to remain silent,” Mutumbwa Mugabe & Partners, representing Katsimberis, said.

“The privilege against self-incrimination…..applies to all individual.”

He said his situation had the potential of making other people hesitant to report criminal activities because they would end up being the ones charged for the offence.