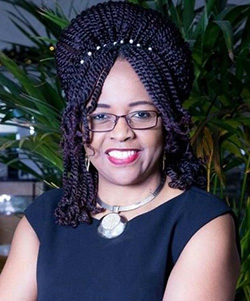 LEADING businesswoman Zodwa Mkandla was among five Zimbabwean women up for an award at the Women4Africa awards in London Saturday night.
Mkandla was in the running for the sought-after International Businesswoman of the Year award at the prestigious gala.
The popular international category had a host of successful African businesswomen that include South Africa’s Thato Mokhuthu and Nisha Maharaj.
Zodwa is the Founder and Managing Director of Traverze Travel which became operational in 2003. It has now become one of the leading leisure and business travel management companies in Harare.
Traverze opened a branch in Lusaka Zambia in 2014. It is also the first travel agency in Zimbabwe to open its own business class lounge at Harare International Airport.
Zodwa has played a huge role over the last decade, contributing to a variety of ventures that continue to drive the Zimbabwean economy and empower women in business.
This year’s event was set for The Great Hall, Kensington Town Hall. Situated in the heart of Kensington, it boasts contemporary architecture and is home to a range of meetings, conferences, dinners, TV production and filming exhibitions, and corporate events.
Other nominees representing Zimbabwe include Mimi’s Organics founder Rumbi S Fowler and Philanthropist Fikelephi Jackson were among the finalists for business and humanitarian work respectively.
Up and coming fashion designer Tapiwa Dzingiwa-Kanhemba, who won the Fashion Designer of the Year award at the recently held Zimbabwe Achievers Awards, was also shortlisted. She was joined on the shortlist by fellow Zimbabwean designer Tsitsi Fred.
The Women4Africa Awards were established from a desire and passion to see women from different parts of Africa, who are excelling in various industries that include fashion, the arts and business, are recognised and celebrated in their roles as leaders and community champions.Advertisement