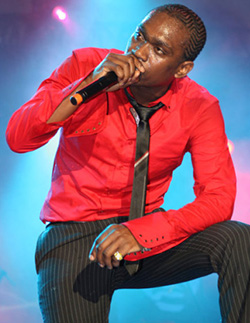 TOP Jamaican dancehall deejay and singer Busy Signal has confirmed he will perform at a concert scheduled for next month in Zimbabwe.
The development comes as a huge relief to fans who had been disappointed by speculation that the much-hyped Busy Signal Live in Zimbabwe concert had been called off.
Organisers said the concert would be staged at the Glamis Arena in Harare on October 24 with the mega artiste firmed for hits like ‘One More Night’, ‘Brighter Days’ and ‘Night Shift’, expected to sate the appetites of his legion of fans.
Although this is not the first time that a Jamaican artiste has graced Zimbabwean soil, the show comes at a time Zimdancehall is currently at the apex of the local music scene and gaining international appeal.
And with support acts such as Jah Prayzah and Winky D having shared the stage with prominent international acts before, this time it will be a chance for man of the moment Killer T to further stamp his mark in the local music hall of fame.
The show offers the “Todakumbofarawo” hit-maker an opportunity to prove his pedigree and keep the visiting Jamaican artiste busy. Killer T’s music is currently enjoying heavy rotation on local radio.
But the arsenal of local artistes at the October show would not be complete without Winky D and Dhadza D, both of whom are drilled soldiers in the musical trenches.
Rubbing shoulders with stellar artistes is fast becoming a norm for Jah Prayzah who recently had a duet with accomplished Jamaican star Luciano. The track was featured on Jah Prayzah’s latest project titled Jerusarema.
Chibaba will be out to prove why he deserves the title at the much contested gig that features his alleged arch rival Seh Calaz.
Meanwhile, Busy Signal, who was born Glendale Goshia Gordon, cannot be down played either.
Busy Signal – What If