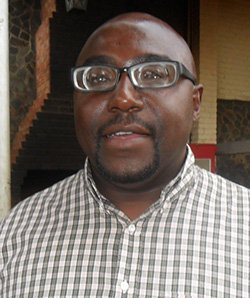 THE Buy Zimbabwe campaign which advocates the purchase and consumption of locally produced goods and services will host its inaugural Buy Zimbabwe Week in Bulawayo next week.
The campaign which will be held in partnership with various other stakeholders will be held from November 11 to 17.
Apart from raising public awareness on the importance of purchasing and consuming locally produced goods and services, the campaign’s operations manager, Alois Burutsa, said the campaign is also aimed at reviving Bulawayo industries.
Since the beginning of the economic meltdown more than a decade ago, a lot of companies in Bulawayo have either closed down or relocated to other cities.
“We have decided to launch this Buy Zimbabwe Week campaign in Bulawayo because the current deindustrialisation has affected the city mostly.
“Through this campaign, we are promoting the production of quality goods and services by local firms. We are also trying to sensitise the public on the negative effects of shunning local products in favour of imports,” said Burutsa in an interview with NewZimbabwe.com.
Burutsa said the campaign will be held under the theme “Buy Local – Revive Bulawayo”.
It will comprise public awareness and sensitisation campaigns, a public expo for locally produced goods and services, a business conference and performance awards for Bulawayo companies among other promotional activities.
The publicity extravagance will also give both surviving and aspiring Bulawayo firms the opportunity to engage with the public, government departments, public and private sector organisations as well as other stakeholders in an effort to promote increased
production and consumption of their goods and services.
Burusta said the objective of the campaign is to save existing jobs and create more jobs by reviving the city’s economic fortunes as well as improving the lives of the city’s residents.
He said a decade of economic malaise which Zimbabwe has undergone has resulted in the country facing perennial negative trade balance, with an estimated annual import bill of over $6 billion against an export bill of $4 billion.
“Against this background, it is essential to promote the consumption of locally produced goods and services by the government, local authorities, public and private sectors as well as the general public.Advertisement

“We are also advocating for the procurement of local goods and services by these organisations,” he said.
Buy Zimbabwe, which is an initiative of the private sector, is run by a board of trustees chaired by Nicoz Diamond managing director, Grace Muradzikwa.
Some of the organisations affiliated to Buy Zimbabwe include the Bankers Association of Zimbabwe, Consumer Council of Zimbabwe, and the Zimbabwe National Chamber of Commerce, among others.