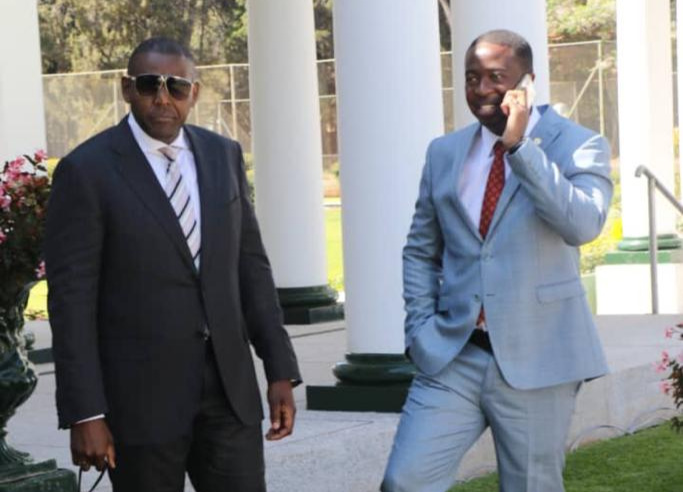 RECENT reports linking Marry Mubaiwa – estranged wife to Vice President Constantino Chiwenga – and Frank Buyanga may be part of a calculated move by some powerful Zimbabwean politicians to “get back” at the flamboyant businessman.

Marry is currently languishing in remand prison on alleged attempts to kill her husband when the ex-military boss was battling for life in South Africa sometime this year.

She also stands accused of externalising a fortune to acquire properties in South Africa.

Buyanga, a Zimbabwean businessman based in South Africa, has been dragged into the messy fall-out between the 63-year-old State VP and his ex-model wife.

A report in the Zimbabwe Morning Post alleges that Buyanga had been “scouting for properties” in South Africa on behalf of Marry.

The story in the online publication surfaced a few days after Marry was arrested and charged for allegedly taking huge sums of US dollars out of Zimbabwe.

According to SA media, Buyanga is a notable landlord in South Africa’s wealthiest square mile, Sandton.

As the Marry debacle has been unfolding, media reports in Zimbabwe were awash with claims the 40-year-old Buyanga’s vast property empire may be subject to scrutiny by the Zimbabwe Anti-Corruption Commission.

Buyanga’s lawyer, Estee Maman was quoted as denying that his client had any business or other nature of relationship with Marry.

“I am fully acquainted with details of Mr Buyanga’s properties and the purchases made and can verify that this statement and claim made is false and completely baseless,” she said.

However, the former pals are now at loggerheads over secret dealings reportedly involving massive payments in US dollars the pair allegedly pocketed were coming to the fore.

Fresh reports claim that the two received over US$1 billion from Morocco and the prince of Saudi Arabia to lobby support for the latter’s inclusion into the African Union.

Buyanga recently complained that his former partner had sought the President’s intervention in the matter.

He could not be drawn to comment on the latest reports.