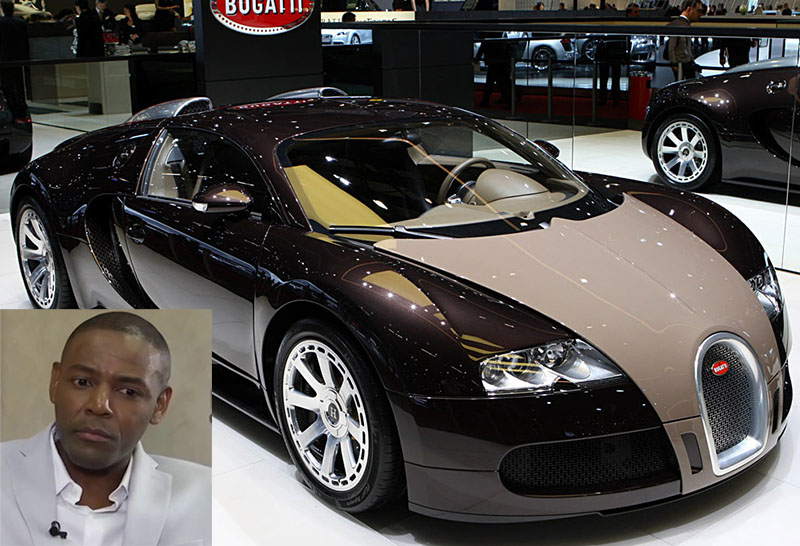 JOHANNESBURG: A rare $3 million Bugatti registered in Zimbabwe has made its way to South Africa, where it is turning heads on the streets of Sandton.

The car landed in Harare on September 28, and was given the private registration mark ‘F’ for Frank.

South African automotive Twitter bloggers @Motor_Magnet posted a video of the Bugatti being driven in Sandton, an affluent neighbourhood of Johannesburg reputed to be the richest square mile in Africa. 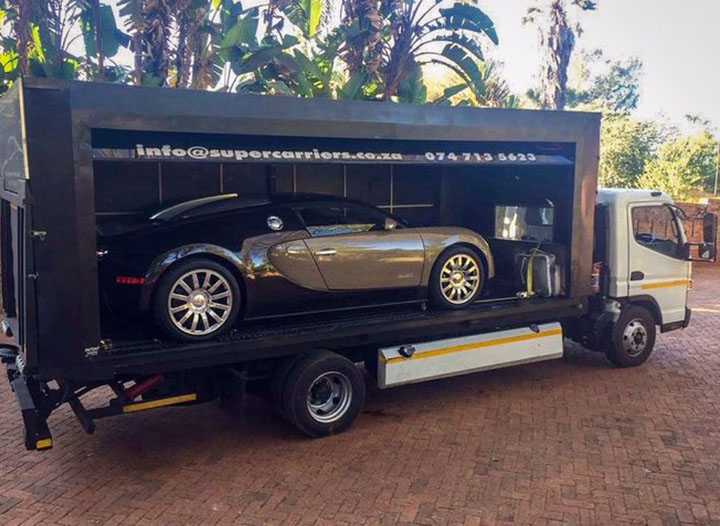 The vehicle was first registered in Zimbabwe

Sandton is home to Buyanga, who lives in a luxury penthouse at the Michelangelo Towers and is reported to be the biggest black property landowner in Sandown, an exclusive suburb of Sandton.

“It is soo great to see this epic machine in such a familiar setting. The Bugatti Veyron Hermes Edition pak,” Motor Magnet tweeted after posting a video of the Bugatti making its way out of a parking lot, tailed by a Rolls Royce Ghost also owned by Buyanga.

Another motor blogger Zero2Turbo posted a video of the Bugatti parked in Buyanga’s exclusive garage at the Michelangelo Towers with three Rolls Royce models and a Mercedes Benz SLS 63.

“Rolls-Royce line up in some good company,” @Zero2Turbo tweeted.

Twitter user @SoomraAshraf, who took one of the videos from a high-rise building in Sandton, could not believe the attention his video was receiving from South African car enthusiasts.

“Timing was everything,” he tweeted.

Buyanga, who said in a recent interview that he only buys cars for his “convenience”, also owns a Bentley Bentayga V8, a Ferrari F12 Berlinetta, a Maserati Granturismo GT, a Mercedes Benz SLS AMG, two Lamborghinis, an Aston Martin DB9, a Bentley Continental, a BMW M5, a Mercedes G-Class and several other Mercedes, Porsche and BMW SUVs.

Buyanga’s Bugatti is thought to be only the second in South Africa, after controversial South African businessman Zunaid Moti imported a Bugatti Veyron by Mansory Vivere Diamond Edition in August. 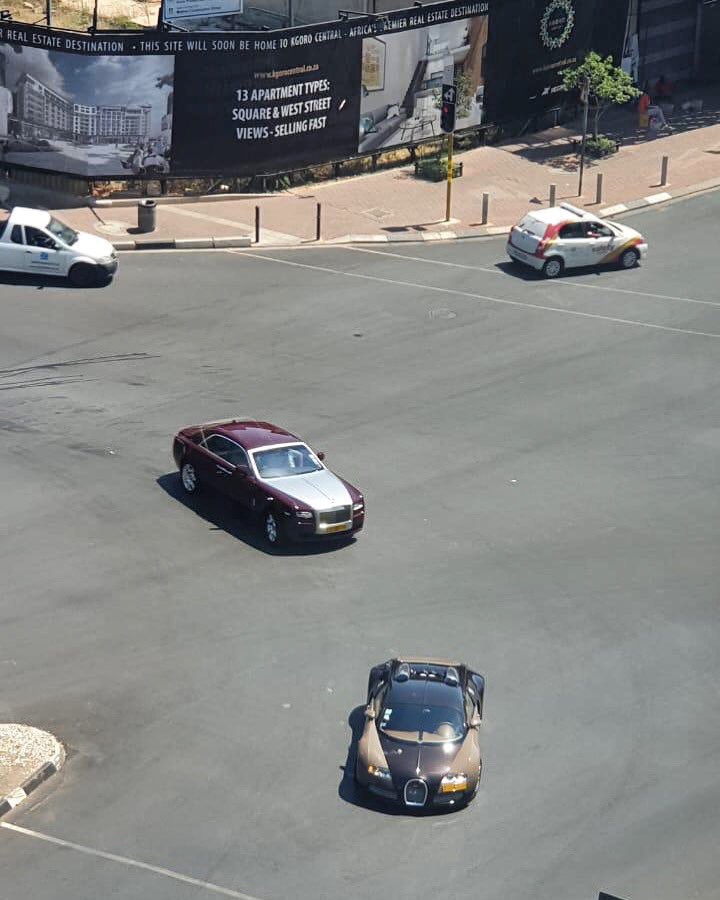 Both cars are registered in Zimbabwe, as South Africa does not register left hand drive vehicles.

Rolls-Royce line up in some good company ?

Well that didn't take too long, The Bugatti Veyron Hermes Edition Pak out on the streets of Sandton. pic.twitter.com/W49kRR30UQ